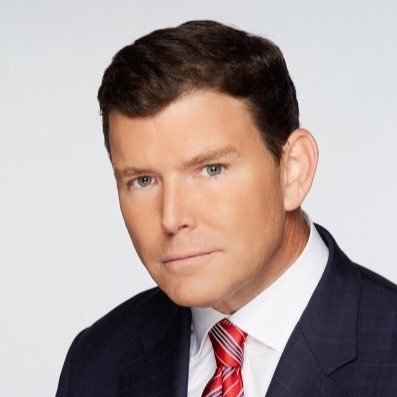 One of the most famous names of the American journalism industry is Bret Baier. Furthermore, he came to fame as a host of Fox News Channel’s popular show Special Report with Bret Baier. The famous news anchor Bret currently works with Fox News Channel.

Bret Baier was born on August 4, 1970, in New Jersey. Born into a Jewish family, he moved with his family to Atlanta, Georgia, when he was just ten years old. Bret’s educational journey began at Marist High School, and he received his university degree from DePauw University in 1992 with a major in Political Science and English.

The mainstream name of the present media sector, Bret, was interested in the television broadcasting field since his early days. He used to participate in various programs while he was in school.

Bret got his first professional break at WRAL-TV, the CBS affiliate station based in North Carolina. Then after a few years, he was provided a golden opportunity to work at Atlanta Bureau when he sent his audition video to Fox News in 1998. Later, he was transferred to Washington from the Bureau.

In 2007, Baier received a promotion as the White House Reporter, which allowed him to present a report on President George Bush’s professional activities. His incredible work as a reporter on the Pentagon Attack of 9/11, the 2012 Presidential election campaign and others news reports from Afghanistan took his professional journey from amateur to professional.

Bret Baier has conducted many interview programs in his career. He held many interviews with famous personalities like President Geroge Bush, Barack Obama, and then Vice-president Dick Cheney.

Presently, he is serving as the host of the popular Fox News Channel’s news show called Special Report with Bret Baier. In addition to this, he is also working as the chief political anchor at the channel.

Despite crossing fifty years of age, Bret remains one of the charming and impressive anchors on Fox News Channel. His unique interviewing skills and news presenting ability have made him the favorite anchor of many people.

Likewise, his dashing personality is a critical factor that has taken him to such heights in his career. Nearly two million viewers watch the reporter every night. That’s unbelievable.

Baier’s name is considered one of the most influential names in the recent media. Many people admire his steadfast dedication to his work. He looks adorable on the television screen with a height of nearly six feet and not overweighted body shape.

Recent buzzes about his weight loss of around 48 pounds have made him even more popular in the media sector. His unique dressing sense and great skill of presenting the show are genuinely appreciable.

Bret Baier is an ideal husband and father

Talking about Bret’s relationship status, he is a married man. His small family includes his wife Amy Baier and two sons – Paul and Daniel. Although Bret remains career-oriented, his family matters a lot to him.

Bret is appreciated for his exemplary behavior toward his sons and wife. He had a rough time when his 1st kid Paul was experiencing a heart issue. The love, care, and support that the family members share have helped them overcome such dire times.

Bret Baier has managed his personal and professional life in a significant way. His employers love and praise him for his work ethic.

Considering his excellent reporting skills, his employers pay him a handsome salary. Bret receives $7 million annually, with which he is spending a luxurious life. By 2015, he has accumulated a total net worth of $16 million.

You can obtain more exciting facts about Baier from Wikipedia or Fox’s official website. Likewise, fans can follow him on Twitter @BretBaier to get in touch with his recent activities.