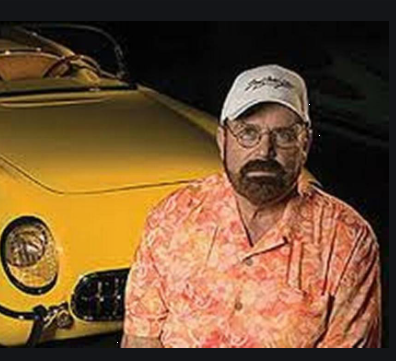 He was 13 years old when he first got his first car, a 1931 Chevrolet truck and quickly started reconstructing it.

In the 1950s, he moved to California where he started working as a machinist at Disneyland.

Despite the hectic job he had, he would follow his passion of tinkering cars in his garage after work.

He was married to Peggy Jeanne King during the 1960s and had one child with her.

He then went on to marry for the second time with Diane Marie Ragone Elkin in 1971, which also failed after 5 years.

He opened his shop, Hot Rods by Boyd in Cypress, California in 1977. His unique hot rods captured people’s eyes.

Boyd had five children with Jo Andenise Clausen McGee, whom he married in the year 2002.

Due to a bankrupt customer, Boyd faced a $465,000 loss which led him to partner with his son Boyd Coddington Jr.

He was once charged with misdemeanor by California officials who believed that many central parts of a car would be replaced by Boyd.

Boyd was a long time diabetic and was admitted to Presbyterian Inter community Hospital in Whittier, California, in 2007.

At the time of his death, Boyd Coddington garnered the net worth of $12.5 Million.