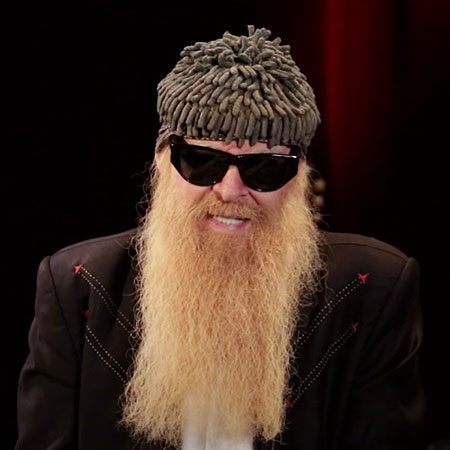 William Frederick Gibbons is an American musician, singer, and songwriter best known as the guitarist and lead vocalist of the band, ZZ Top.

Rolling Stones magazine listed Billy as the 32nd of the 100 Greatest Guitarist of all time in its 2011 edition.

Here are the cars Billy Gibbons aka William Gibbons has collected over the years:

1933 Ford Coupe aka The Eliminator

The Eliminator was featured in two of ZZ Top’s albums covers and appeared in a handful of the band’s music videos.

After Gibbons came up with the name, the 1948 Cadillac turned out to be an early post-war Cadillac design and artistic customization at the hands of Larry Erickson, Boyd Coddington, and Craig Naff.

“It was heavily hammered, repowered, repainted. There’s about one square foot of original metal left. But, as the old saying goes, ‘Anyone can rebuild a car, but it takes a real man to cut one up.” – Billy Gibbons (To be displayed)

The CadZZilla features a unique interior and a 500ci Cadillac V8 with a custom Holley fuel injection system and headers.

According to Gibbons himself, this is the most elegant car he owns. The Highboy has an old French-built V8 flathead under its hood.

“The Rudy Rodriguez ‘32 Ford “highboy” roadster that’s like a go-cart on steroids which is still a blast to putt around in.” – Billy Gibbons (To be displayed)

Billy gave the car the name, “Kopperhed” because of its copper and black color combination that reminded him of the rattlesnake.

The Ford Model T was the start of Henry Ford’s fortune and mass-production. The truck had the rat rod look but also a custom hot rod function.

This was what caught Gibbons’ eye and made him need to have it.