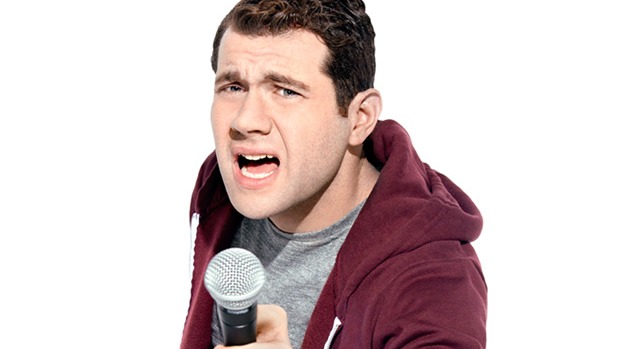 Billy Eichner is an American television personality who has made his name as a comedian and an actor. He is the star man and the producer of a comedy game show titled Billy on the Street which airs on truTV. His brilliance as an actor and as a host has seen him land an Emmy Award in 2013 for Outstanding Game Show Host.

The comedy game show host,Billy was born on 18th September 1978, in New York City, United States and is 38 years old at the moment. He was born into a Jewish family, details about whom has not been disclosed.

Raised in his hometown, Billy received his secondary education from Stuyvesant High School in 1996 and in 2000 he graduated from the North-Western University. No further details about his childhood or his academics have not been disclosed yet.

Billy Eichner first proclaimed fame as a television personality when he was the writer and host of Creation Nation, a live talk show, which was appreciated in New York City.

Besides his own program, other programs like Watch What Happens, Last Call with Carson Daly, Fashion Police, and the Wendy Williams Show helped him in making television appearances. The multi-talented TV personality has also performed as a voiceover guest on episode 16 of Bob’s Burgers, an animated TV series.

Parks and Recreation took his popularity to another level

The year 2013 marked a new beginning for the talented actor Billy Eichner as he guest-starred in the 6th season of Parks and Recreation. His first performance with the Parks aired live on 10th October 2013. In the series, he stars as a colleague to Donna Eagleton and Craig Middlebrooks.

His delightful performance and his dedication towards the show ensured him that he remains with it which led to him being regular in episode 4 of the series’s 7th installment.

In his career, he has also been a co-host of 2014 Emmy Awards when he was seen on the streets of NYC interviewing random people. Currently, the multitalented actor is involved with Difficult People alongside executive producer Amy Poehler and Julie Klausner.

Despite admitting he is gay he doesn’t have a boyfriend

Bill Eichner has openly admitted that he is a gay. The actor carries no shame in being what he is.

“I am a gay. And I’m in comedy. I was so blind in homophobia as a kid. I grew up in New York”, the actor said when asked about him.

As of today, the actordoesn’t seem to have any boyfriend and doesn’t seem to be tieing the knot soon.The actor likes his independence and seems only focused on his career.

Billy Eichner is likely to achieve a great success in the near future with his continued dedication and hard work.

A glimpse at Billy Eichner’s net worth

Billy’s career has always helped him proclaim success. His acting talents have helped him to climb the peak of success.

Besides helping with popularity, his career has also helped him build a stable financial status. Though his annual income remains in dark it is believed that he has accumulated a net worth of around 5 million dollars from his career.