Where is America’s Got Talent winner BIance Ryan now? 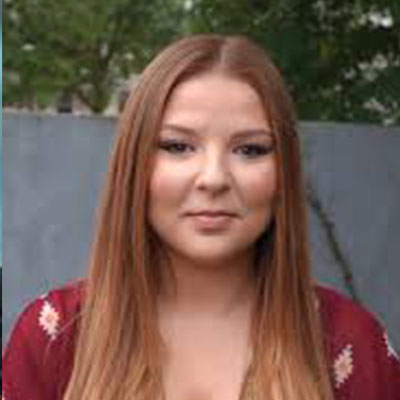 An American singer and actress, Bianca Ryan earned recognition after winning the first season of NBC’s America’s Got Talent. She was just eleven years old when she took home the coveted title and grand prize of $1 million.

Bianca Ryan was born as Bianca Taylor Ryan to parents, Janette and Shawn Ryan, on September 1, 1994, in Ocean City, New Jersey, USA.  Her father being a hardcore fan of The Rolling Stones, named her after the rock band’s frontman, Mick Jagger’s ex-wife, Bianca Jagger. 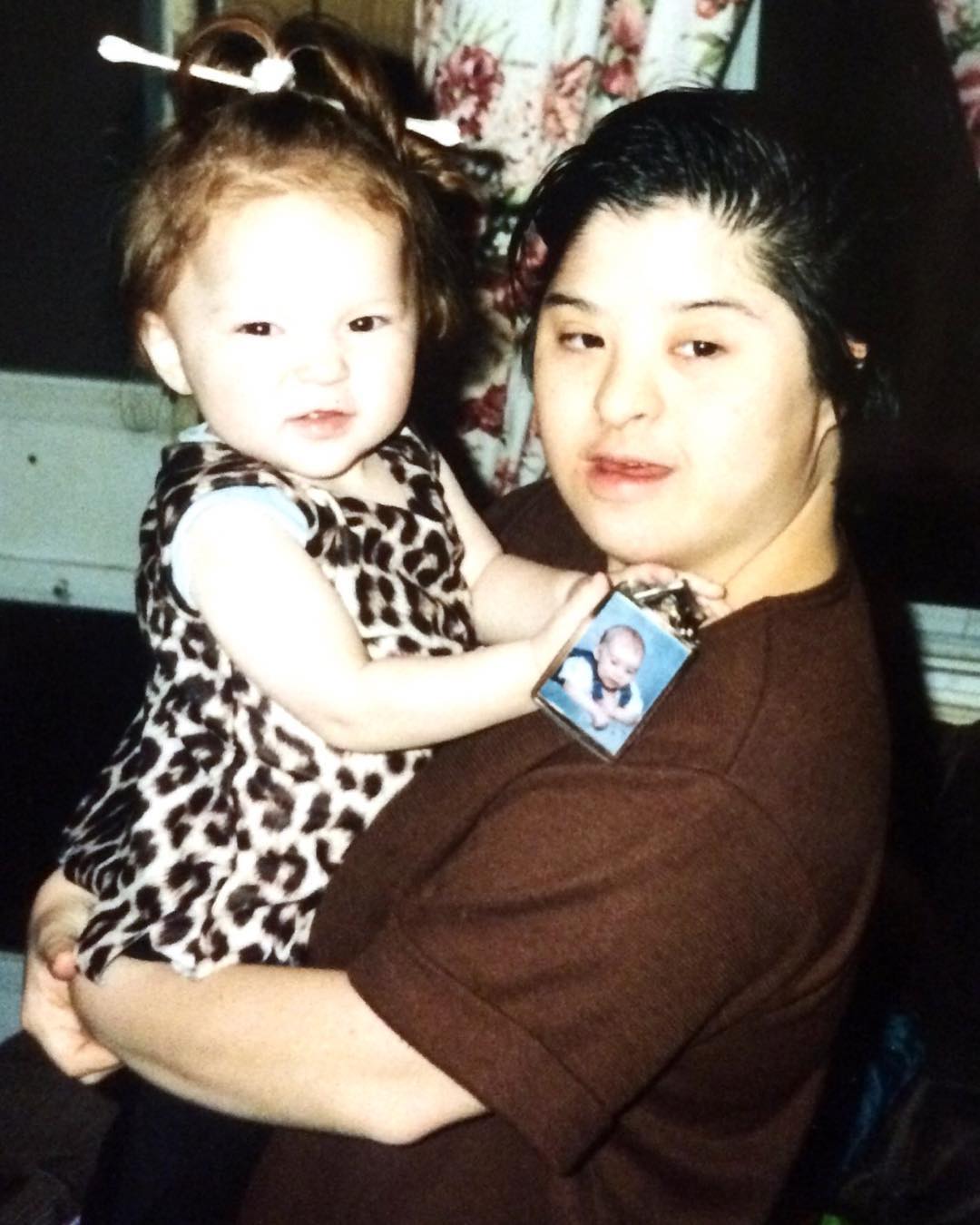 She grew up with her four siblings: two sisters, Isabella and Evangelina, and two brothers, Shawn and Jagger. Her family moved to Philadelphia when she was just three.

According to her parents, she was pulled towards music at an early age of eight, after listening to LeAnn Rimes. Her emerging interest landed her as a contestant on the show, Star Search, in 2003, but sadly she returned home empty-handed. This didn’t dishearten her; instead, she prepared herself and appeared in Showtime at the Apollo in 2005 and won the title of Amateur Kids Night. 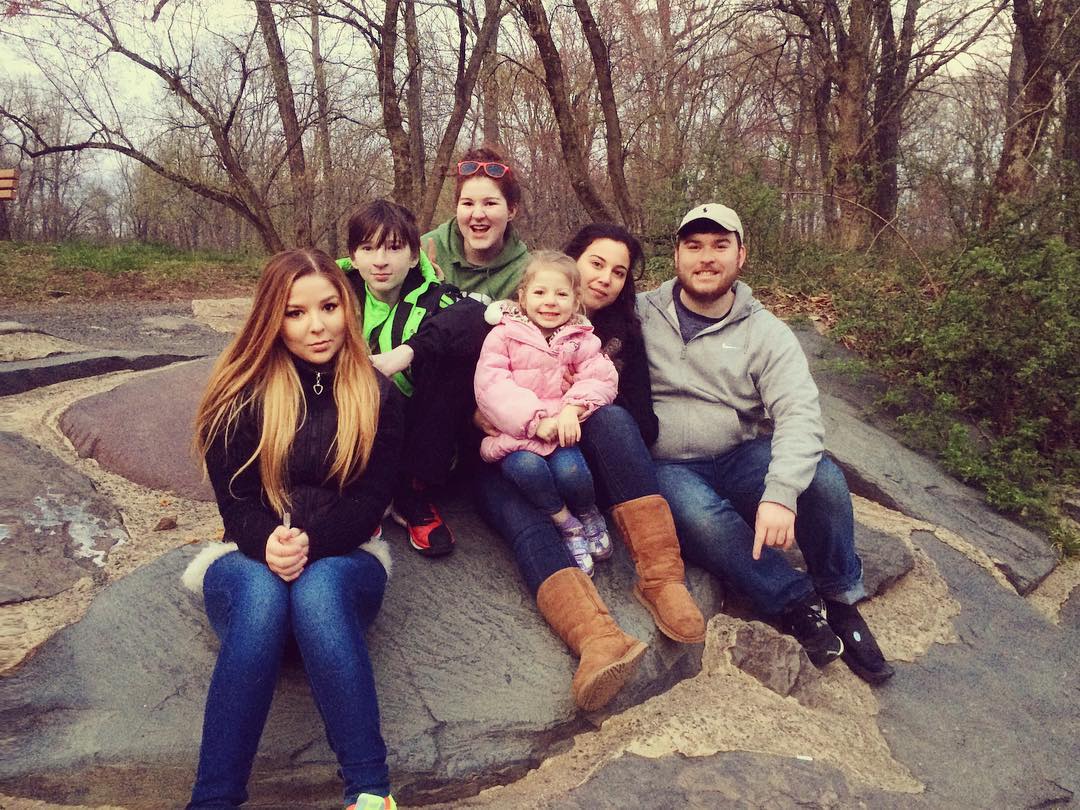 It was in 2006 when she went on a family trip to New York and auditioned for the first season of NBC’s America’s Got Talent. During her audition, then 11-year-old stunned all three judges by performing And I Am Telling You I’m Not Going, from the musical, Dreamgirls.

She steadily gave back to back remarkable performances and maintained her position on the show. On the finale, she sang I am Changing also from Dreamgirls, which earned her the crown and made her first-ever AGT winner and a grand prize of $1 million.

After winning the title, she flew to NY, where she met record label representatives and became the first ever American artist to sign a five-album record deal with SYCO music on September 18, 2006.

That same year, she went to LA to record her self-titled first album, which was released on November 14. The album featured the cover versions of Bette Midler’sThe Rose and R. Kelly’s Believe I Can Fly and also some of her original songs, including I Wish That and Pray For That. Shortly after the release, her album was listed at no. 57 on Billboard 200. 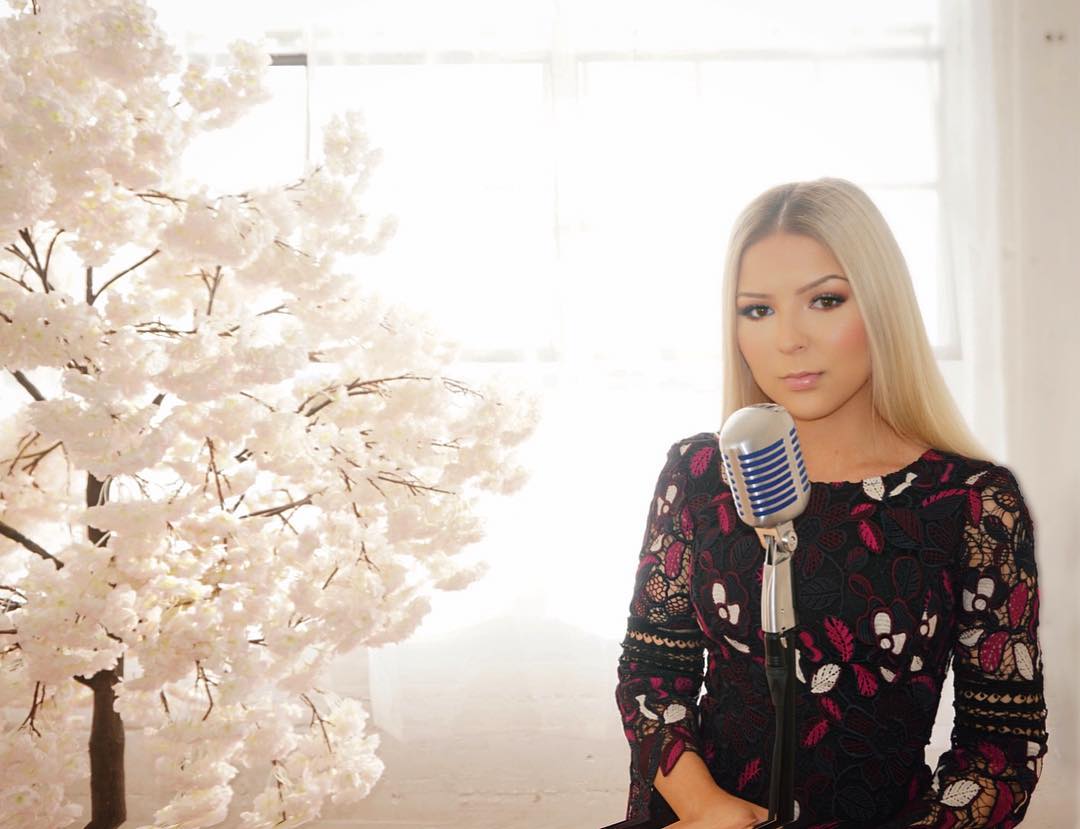 Though her album made it to the list of Billboard 200, she wasn’t satisfied. She also stated, “When you’re with a label, especially when you’re not the biggest artist in the world, you’re not making anything.”

Moving on, in 2007, she did her first concert tour across the US as a special guest for Nextfest. The same year, she also released her single, That’s Not Me, which was her last release from  SYCO music.

Darci Lynne Farmer the winner of AGT 2017: Her musical career!

In 2014, she decided to get back to school and took a break from her musical career. But, she faced quite a lot trouble at her high school as she failed to get along with her classmates.

After graduating, she made a comeback with a song, Alice, in 2015. The official music video of the song, which earned over 1.8 million views on YouTube was made after she asked for help with her fans to bring the song back to life and offered autographed CDs and guitars in exchange for donations. 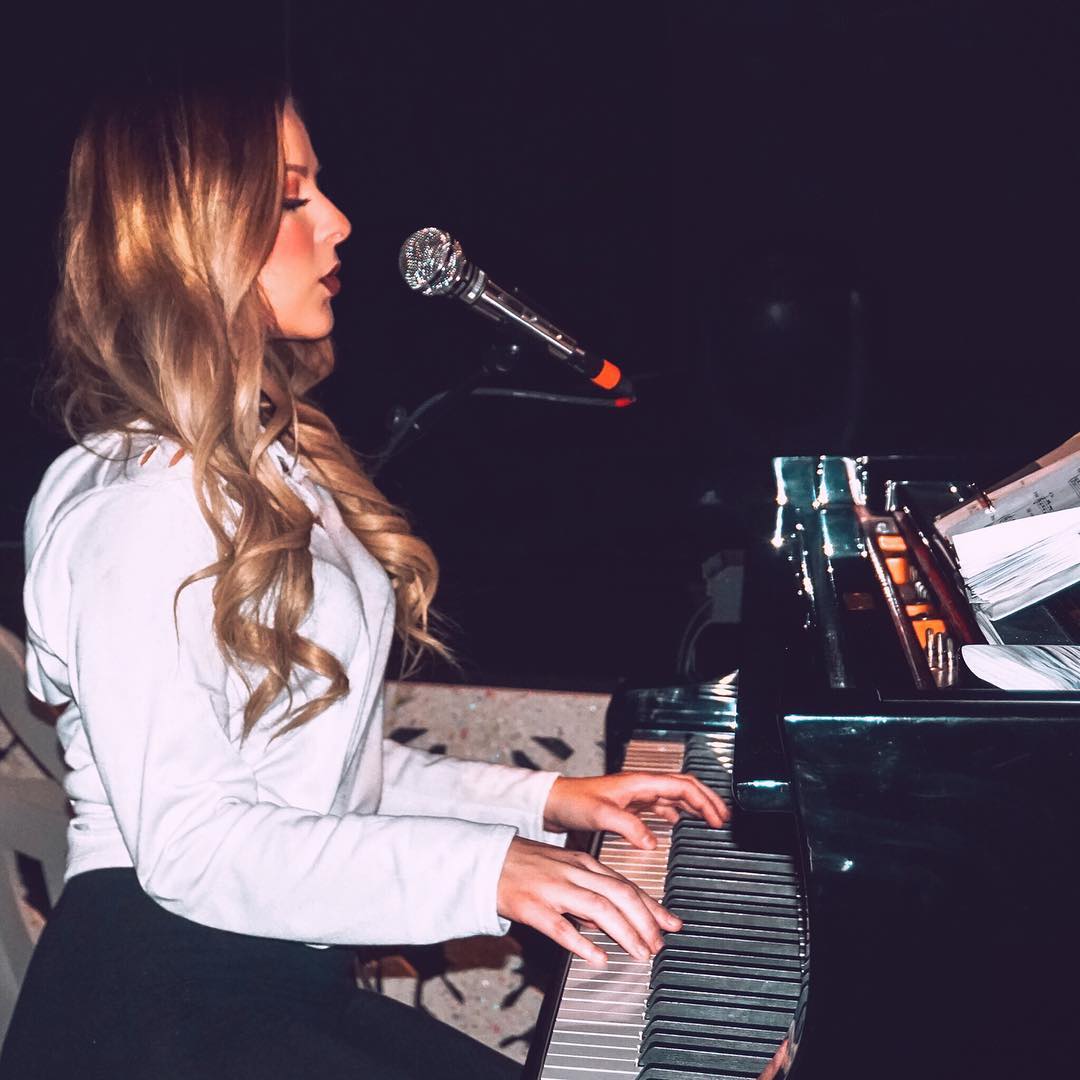 That same year, she started her record label, Bianca Ryan Records LLC, to promote her artistic freedom with some profit. Her cover of God Bless The Child was produced by her record label and was released on July 21, 2015.

In 2016, her career almost fell apart when her one side of the vocal chords got paralyzed and was said maybe she could never sing again. This was crushing and terrifying for her. But in the fall of 2016, she underwent two surgeries, including vocal chord and abdomen as she was at a high-risk of having esophageal cancer. The song, One Day, which was scheduled to be released in 2016, got delayed after her surgery and it was premiered in 2017. 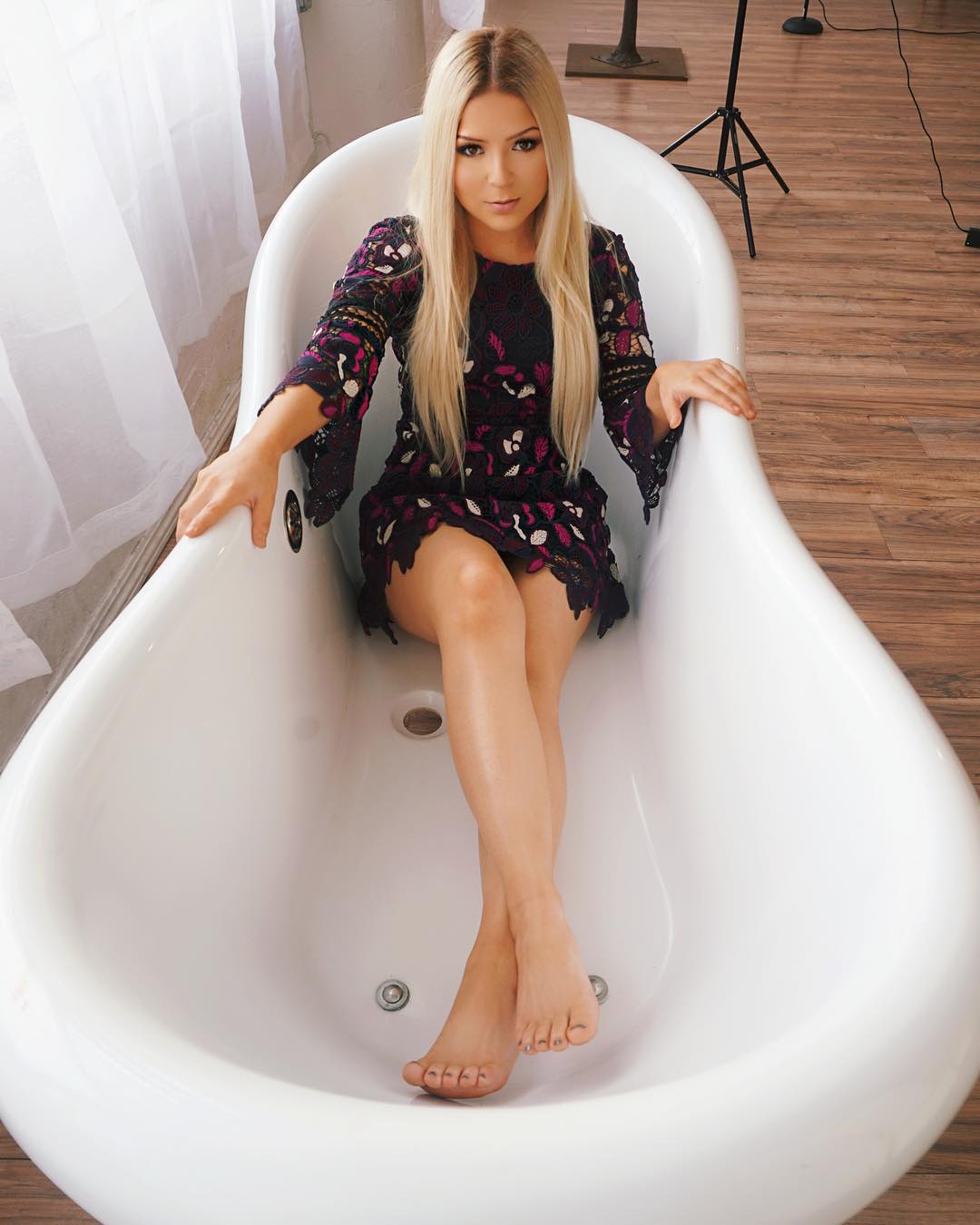 In June, she released two singles: What I Gotta Do and Man Down. Further, she also sang on Broadway’s production, Home For The Holidays, in 2017. The show ran from November 17 to December 30 at the August Wilson Theater. Also, she had planned to release two EPS in 2017, one of which entitled The Reintroduction was set to release in July 2017 but was delayed. She hasn’t talked about her next EP.

More recently, she released her single, Remember, where she has featured a video of her childhood and old family footage. She is all set to release her single, Don’t Wanna Come Down, in October 2018. 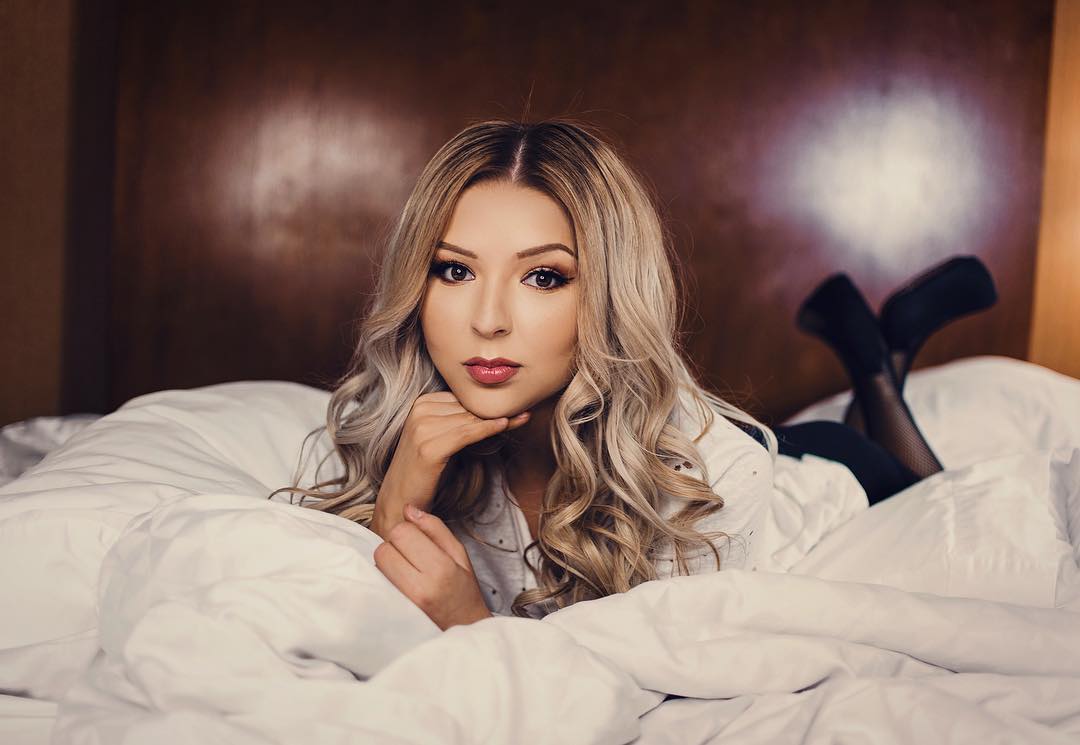 Apart from her solo musical career, she has also appeared in The Wrecking’s music video, About to Fall, in 2012. Though she had made several attempts before, it was only in 2005 that she got her first acting role in a movie,12 and Holding. She has also co-starred in the low budget indie movie, We are Kings, which features her original song, Broken Down House.

Throughout her successful career, she has amassed some decent cash. As of 2018, she has a net worth of approx. $1 million.

What is America’s Got Talent judge Simon Cowell net worth in 2018?

Bianca is relatively active on social sites, where she is mostly seen updating her fans about her upcoming projects and shows. She has over 61.7k followers on her Facebook page, 31.7k on Instagram, and 32k subscribers on her YouTube channel.

Bianca Taylor Ryan is an American musician, songwriter and singer who is native to Philadelphia, Pennsylvania.

Her father, who was a hardcore fan of Rolling Stones, named her after the band’s frontman, Mick Jagger’s ex-wife.

According to her parents, she developed a passion for singing after listening to LeAnn Rimes at the age of 8.

In 2006, while she was on a family trip to New York, she auditioned in the first season of ‘America’s Got Talent.’

She blew away the audience and the judges singing ‘And I Am Telling You I’m Not Going’ from the musical, ‘Dreamgirls.’

She later went on to win the first season of AGT at the age of 11 after performing the song ‘I am Changing’ also from the musical.

After winning the show, Bianca flew to New York to meet with record label representatives and the industry’s best songwriters.

Bianca was the first U.S artist to sign a five-album record deal with SYCOmusic on September 18, 2006.

Her self-titled debut album was listed at no. 57 on the Billboard charts after just eight days of release.

She took a break from the music career to go back to school until 2015 when she self-released ‘Alice’ with some help from Kickstarter.

Ryan went on to start her own record label, Bianca Ryan Records LLC to promote her music career with some profit.

She has her own website, where she recently wrote to her fans that she would release new songs this year.

Bianca has 32k+ subscribers on her Youtube channel, where she has released four new songs.

Currently, she is all set to release her single, Don’t Wanna Come Down in October 2018.