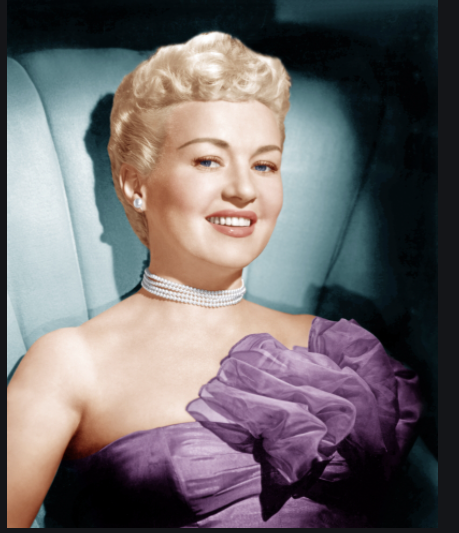 Betty Grable was born as Elizabeth Ruth Grable on December 18, 1916 in St. Louis, Missouri, United States. She was an American actress, dancer and singer. She started her career in the entertainment industry at the tender age of 12. As she grew up, she started working in a string of B-movies. She landed her first major Hollywood movie with the 1940 film Argentine Way. That served as the beginning and she became one of the most successful film stars of the 40s decade. She became the highest paid entertainer in 1947 and was the number one box office draw in the world in 1943. Her most successful films were How to Marry a Millionaire (1953) and Mother Wore Tights (1947). She had a successful singing career too. Unfortunately, she died on 2nd July, 1973 of lung cancer. She has a star on the Hollywood Walk of Fame inducted on February 8, 1960.

Betty had the ideal hourglass shaped figure natural breasts, very narrow waist and round hips.  She had the envious body measurements of 36-23-35 inches during the prime of her career. She had the normal size of 34 as her bra size with B as her bra cup size. However, she is most noted for her sensual and proportionate legs and is considered to have one of the best legs of Hollywood. They were insured for $1 million. She had the height of 5 feet and 4 inches and had a matching weight of 120 pounds.  Being a pin-up girl, she has posed several times in a bikini and her posters were a major hit during the World War II.