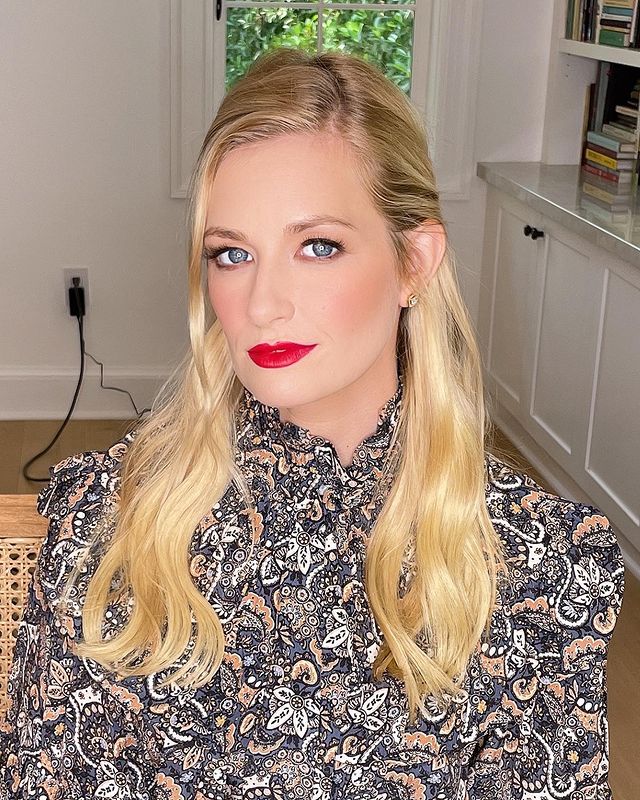 Beth Behrs is an American actress popular as Caroline Channing in the comedy series 2 Broke Girls. Moreover, an author and philanthropist who helps sexual assault victims. Being represented as a versatile actress, Behrs was nominated for Teen Choice Award and People’s Choice award for her breakthrough role in 2 Broke Girls.

Throughout her acting career, Behrs earned a massive amount of money. So, please do keep reading the article to find out more about Beth. Let us start the article with her age!

How old is Beth Behrs? Age, Bio, and More

Beth Behrs is currently 36 years old. More on Beth’s bio, she was born on December 26, 1985, as Elizabeth Ann Behrs. Moreover, the actress was born in Lancaster, Pennsylvania. Furthermore, Beth holds an American nationality with a multi-ethnicity of Irish, Estonian, Finnish, English, Scottish, and German.

The actress was born under the star sign Capricorn. In addition, she was born to David and Maureen Behrs alongside her younger sister Emily Jeannette Behrs. Her father was a college administrator, whereas her mother was a first-grade teacher.

For her studies, Beth studied high school at E.C High School. Later, she attended Tamalpais High School in California. Afterward, the actress joined American Conservatory Theater in San Francisco. Then again, she moved to Los Angeles for further studies. She then graduated with Bachelor’s degree in Critical Studies from UCLA school of film, theatre, and Television in 2008.

Apart from that, she is also a trained singer who even received a scholarship from Young Musician’s Foundation. However, the actress didn’t pursue her singing ability. Rather, she opts for acting.

Did Beth Behrs Marry Yet? Who is Her Husband?

Michael Gladis is too an American actor. Besides, a writer and a producer. He is famous for the role of Paul Kinsey in Mad Men. Gladis recently starred in Penny Dreadful: City of Angeles.

The love birds dated for six years before getting engaged on July 10, 2016. The actress even gave her friends and fans a sneak peek of her happiness being engaged via social media. Likewise, Beth and her husband share their lives on social media daily.

Even though the couple seemed busy with their working schedule as they welcomed one child. Behrs and her husband gave birth to a daughter. Furthermore, Beth and her spouse named their child Emma George Gladis. More, the celebrity child, Emma, was born in June 2022.

How Rich is Beth?

Beth Behrs has earned herself a massive amount of fortune. Behrs currently holds an estimated net worth of $20 million. Moreover, she found her wealth as acting in films and TV series.

Talking about acting, she got her breakthrough in acting by the American Pie Presents: The Book of Love. But, her lead role as Caroline Channing in the comedy TV series 2 Broke girls gained large stardom and fan following. Because of that, she was nominated for the Teen Choice Award and the People’s Choice award for favorite TV gal pals.

Currently, she is busy working as Gemma Johnson in ”The Neighbourhood”. Similarly, her husband, Michael Gladis, has a net worth of $3 million. The couple lives in Los Angeles, California’s Hollywood Hills.

For Biographies make sure to bookmark E-celebrity Facts.