Skip to content
Home » Entertainment » What is Bering Sea Gold Emily Riedel net worth in 2018?

What is Bering Sea Gold Emily Riedel net worth in 2018? 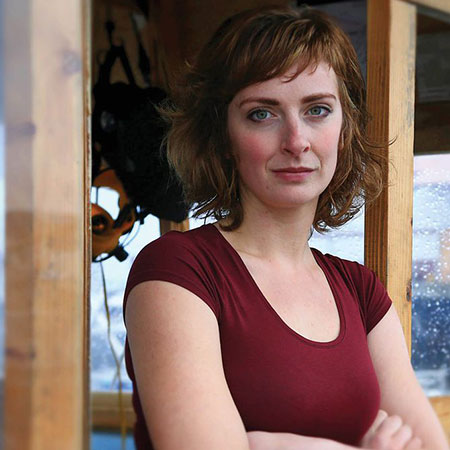 She was born on July 4, 1988, in Alaska, United States of America, as the daughter of Captain Steve Riedel.

Emily was a huge music lover and always wanted to pursue her career as an Opera singer.

She did her vocal training from University of North Carolina School of the Arts.

She was introduced to the gold dredging after her childhood friend, Zeke Tenhoff, invited Emily to join him in Nome, Alaska.

She took the job and started working at her friend’s vessel, “The Clark” to fund her education in opera.

In the show’s third season, she bought Zeke’s dredging vessel, “The Edge” and named it, “The Eroica.”

Emily stands as the only female dredging captain and owner of a vessel in the Bering Sea Gold.

Though Emily is currently single, she once shared an on and off relationship with Zeke Tenhoff.