Aww! Pregnant Peta Murgatroyd baby bump pic with to-be husband is so cute. Have she and boyfriend Maksim Chmerkovskiy finalized their marriage date? 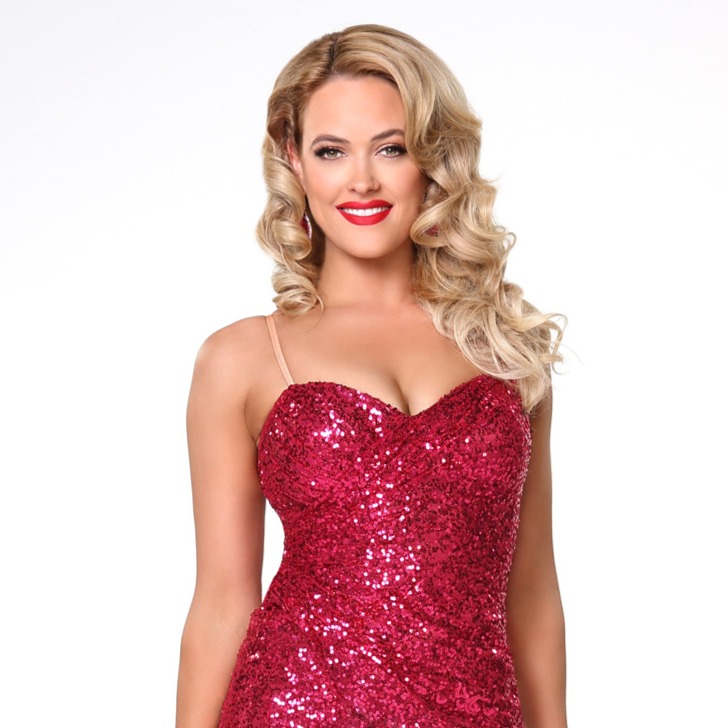 Peta Murgatroyd is pregnant with her first baby with boyfriend-turned-fiancé Maksim Chmerkovskiy. Her baby bump pics with to-be-husband are too cute! Engaged in 2015, they haven’t set a date for marriage yet.

Soon-to-be mom, Peta, is looking adorable in the baby bump pictures she has posted on her Instagram. Let’s know further about their relationship and marriage.

An amazing couple: Peta Murgatroyd and Maksim Chmerkovskiy are made for each other

The Ukrainian hunk and Australian beauty first met on the set of Burn The Floor in 2009. Both of them are professional dancers and both were in separate relationships but fate had other plans for them.

In 2014, they realized they were in love with each other and finally united officially.

Chmerkovskiy proposed Peta onstage of Dancing With The Stars on 5th December 2015. They were now officially together and she’s been posting many pictures on Instagram in which she is seen spending quality times with fiancé Maksim.

Just a few days ago, the Dancing With The Stars pair were spotted heading to a restaurant to spend a quality time. They chose to wear summer casuals.

Maksim’s stylish appearance in white was just wow. Peta was dressed in a white shirt. Those metal aviators, hair bun, and light accessories made the pregnant Peta look really cool.

Peta Murgatroyd makes pregnancy look cool. Idol for women. How does she do it?

Peta is now 5 months pregnant with her first child. Their firstborn, due in January 2017, is predicted to be a baby boy.

The couple is really excited about becoming parents. They even shared a picture on Instagram in which to-be-daddy Maksim is whispering to the baby bump.

We couldn’t be happier ❤️ Baby Chmerkovskiy is coming ❤️

She is also consistently tweeting about her pregnancy experience. Recently, she tweeted about how much she is craving for food nowadays.

Literally couldn't help my craving this morning, lol it was so strong, I had to have ice cream immediately ??

Soon to be parents, is wedding on the cards? Revealed below

These engaged lovebirds are soon to be parents but when will they get married? Are they planning their wedding?

Yes, the couple is planning their wedding. It’s taking so long because they want everything to be perfect. Isn’t it wonderful? The duo is finally tieing the knot.

In an exclusive interview with E! News, they revealed that the wedding location has been confirmed and they are currently busy making a guest list.

The to-be-bride has yet to try out those white gowns and is searching for a wedding planner. The D-day falls on July and the couple is excited about the wedding process.

Maksim will be turning into Peta's husband in July 2017. The couple is planning their marriage in full excitement and seems like they’re gonna get married in a lavish way. Congratulations to Peta Murgatroyd andMaksim Chmerkovskiy!