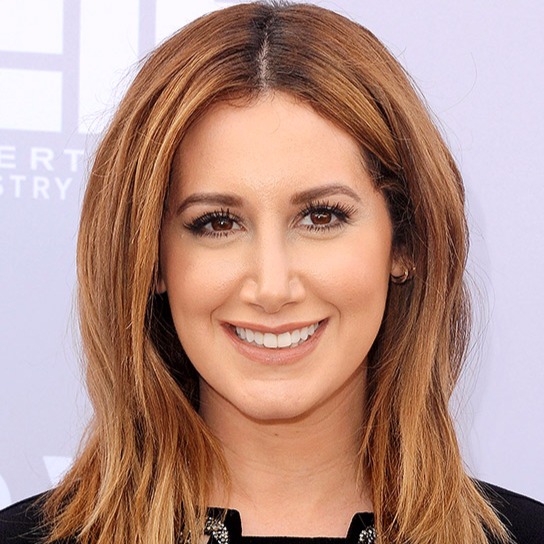 Fascinated to acting and singing since her childhood, Ashley Tisdale’s musical journey began when she was a part of the group that sang at the White House for the 42nd president of the United States Bill Clinton. Afterwards, the High School Musical actress and her family moved to Los Angeles in order to boost her career.

Moving to La proved fruitful for Ashely as her career began gathering pace. After several guest appearances and minor roles in TV series, she bagged a career-defining role of Sharpy Evans in Disney’s High School Musical. Her union with Disney not only helped her excel in her acting career but it also opened doors for her musical career.

Ashley Tisdale contributed  songs like Bop to The Top, Stick To The Status QUO and What I’ve Been Looking For, for the movie’s album, which went on to sell 3 million copies in the US. The success of the song resulted in the casts of the movie going on a High School Musical: The Concert.

More than anyone, the success of High School Musical left a huge mark in Ashley’s career earned a contract with Warner Bros. Records in 2006. “Ashley is that unique young woman whose determination, talent, drive and a great sense of style have made her an icon to young people all over the world,” said the companies Senior Vice President of Marketing Lori Feldman.

Speaking in the aftermath of signing the contract with the recording company Ashley said “I am so honoured and happy to be a Warner Bros. Recording artist. They have become my second family. They encourage me to be creative, and to be instrumental in the decision-making process”.

She released her first single Be Good To Me in 2006 followed by He Said She Said. Her first release proclaimed an average placing at the Billboard whereas the latter claimed 58th position in the US. The album contains a total of 14 songs, focusing on Dance-Pop and Hip Hop Music. The album, Headstrong, was released on 6th February 2007 earning a 5th place on Billboard 200. The album was a commercial hit as it sold a total of 500000 copies after selling 64000 copies in its first week. Not Like That and Suddenly are the other major hits from her first album.

Two years after releasing her fist album, Ashley announced that she is in line to release her second studio album in 2009. “I’ve been working on the second album for a year and it’s something completely different from the first album. Doing the first album is a lot of learning about yourself – I had to get to know what I like, even though I knew I wanted to do something pop and R&B. I went for more of rock sound” the singer said about her second album.

She released the lead single from her second album It’s All Right, It’s Ok on June 11, 2009. She released her second single from the album Crank It Up on  16th October 2009. Her second album debuted at 12 in Billboard hot 200 selling over 25000 copies its first week. The album remained in Billboard Hot 200 charts for seven weeks but dropped out in the 8th week. Overall the album sold 245000 copies in the United States and 780000 copies worldwide. Acting Out, Hot Mess, How Do You Love Someone and What If are some others tracks from the album. Apart from her own songs, she has also performed cover of Still Into You with husband Christopher French.

Since beginning her career in 1998 the multi-talented American entertainer has cemented herself as one of the mega names in the industry. With her talents and her charming personality, the actress has gathered a large group of fan base. In addition to fans, she has also acquired satisfying net worth from her career. Several reports have claimed that she owns an estimated net worth of around 5 million dollars.