Skip to content
Home » News » Is Ashley Fleihr ready to start a new family after two divorces? More on her married life and husband.

Is Ashley Fleihr ready to start a new family after two divorces? More on her married life and husband. 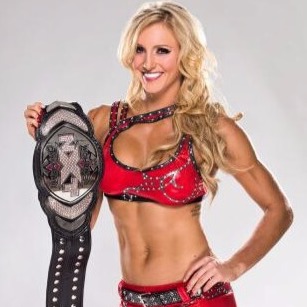 Ashley Elizabeth Fliehr, a professional wrestler from America is currently signed to WWE under a ring name Charlotte Flair. She has numerous achievements that have made her recognizable throughout the globe when it comes to her professional life. However, the scenario is different in her personal life.

The whole world recognizes this 30 years old as the former NXT Women’s Champion, the final recognized Divas Champion & the inaugural and current 3-time Raw Women’s Champion.She is also a former wife to Bram.

Not only once, but this WWE diva has gone through two failed marriages in her life. Thomas Latimer, recognized with ring name ‘Bram’ was her second husband. Considering the fact that both are from the same professional background, people predicted that their marriage would work for a long period of time.

However, everything happened to be opposite. Charlotte and Bram’s romantic bond developed in 2013 and broke nearly after two years as conflicts came in between them.

A source close to both of them revealed last year, that Ashley and Thomas both tried their best to hold on to their relationship but all their attempts went in vain. Ultimately, they separated with an official divorce which was finalized in October of last year.

According to the press reports, Charlotte filed the divorce to her ex-husband Bram when he was arrested on the charges of abusing his rumored girlfriend. Charlotte said that Bram, whom she trusted much more, cheated on her with another woman.

Ashley was once married to Riki Johnson in 2010. The couple tied the knot in North Carolina but it was just a couple of year they made it together. Not so long after the first divorce, she walked down the aisle with Bram.

The public is curious enough to know who is the wrestler connected with at present. After two failed marriages, has she made a new start in her personal life with a new beau?

The 2-time WWE Hall of Famer said in an interview a few months ago, how he met Love during last season of playoffs.

Ric said, “She’s being very shy. Kevin Love wants her digits. I am the Cavalier’s biggest fan. I love LeBron; met Kevin Love for the first time last year in the playoffs. And the first thing he said was, ‘I’m huge fan of yours, but I love your daughter’.”

And talking about the qualities of Love that the wrestling legend liked, he said, “He’s single. He makes a lot of money. He’s a man. I think he’s fantastic, he’s a good guy.”

The 27-years-old should be careful if he is thinking to actually date Charlotte. Already twice divorced woman might beat her father’s record of four divorces in the lifetime.

Let’s see how their chemistry will be matched.