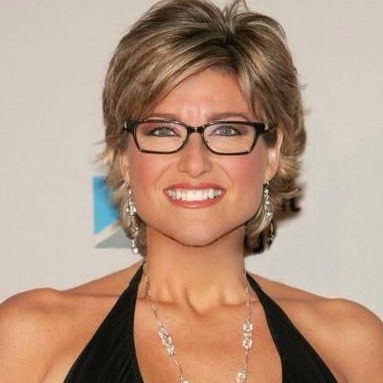 Ashley Banfield is widely recognized as the host of the famous television show Prime Time Justice with Asley Banfield, a CNN production.

On December 29, 1967 (age 48), Ashley was born in Winnipeg, Manitoba, Canada. While the names of her parents are not known to the media, Ashley’s personal relationships and family life are quite open to us.

Ashley married Howard Gould, the real estate developer and the founder of Equator Environmental, a carbon credit trading company in 2004. The couple met two years prior to the marriage. Now, they are already divorced and are moving on with their own way of lives. They have two sons together.

Ashley Banfield went to Balmoral High School for her early education and attended The University of British Columbia Class of 1992 for an undergraduate degree.

Banfield began her career in the field of journalism during her first year in the college. As a freshman at UBC, she worked for CJBN-TV in Kenora, Ontario, Canada. She was the Canadian reporter who had the chance to cover the 1991 Bush/Gorbachev Summit in Russia and the 1992 Clinton/Yelts in Summit in Vancouver.

Ashley Banfield moved to the United States for greater opportunities in the journalism field. She was quickly hired by MSNBC. The NY Times reacted to the hiring – fit nicely with MSNBC’s positioning as the news network of choice for younger viewers. Since then, she has made a lot of contribution in impartial journalism.

Ashley Banfield is going to be 49 this December, but she still looks like a 30-year-old

Unbelievably, Ashley is going to be 49 this December, but she looks like she hasn’t aged a single year since her early 30s. Ashley still looks young and vibrant. Moreover, her age hasn’t affected her work at all. Rather, she is getting more skillful and tough.

Ashley Bandfield is a program host, so she requires to maintain her almost 5 decades’ old body as well. Hence, she does some power yoga and, more importantly, maintains a healthy and balanced diet.

Perhaps, Ashley has been using cosmetic products to overshadow her signs of aging. Or, maybe everything is just natural.

Ashley Banfield is conscious about her public image

Ashley Banfield reserves her right to privacy while she is on Twitter, Facebook or any other social networking sites. At the same time, she is very open about her life – especially her career life.

Ashley's page has 32k likes on Facebook and regularly uses it to keep her well-wishers updated about the recent happenings around the world and put her witty perspectives on them. Besides the media life, Ashley has a very interesting personal life.

She loves her kids very much. Now, they seem to have grown up. Likewise, Ashley likes her job and is very satisfied with what she gets paid. She is estimated to be worth around $3 million.