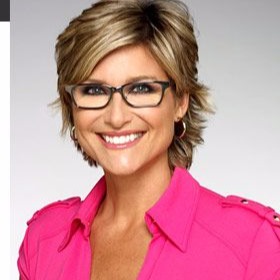 One of the most prominent names in the journalism world, Ashleigh Banfield is a famous Canadian-American journalist. Best known for her work association with CNN, Ashleigh is best perceived as the host of legal news show Legal View with Ashleigh Banfield.

Born on 29th December 1967, Ashleigh Banfield has been working in the field of journalism since 1988. Her first work experience came at Kenora, Ontario-based television station CJBN-TV. In 1989, she joined Edmonton-based TV station CFRN-TV and started anchoring weekend news for next three years.

Banfield’s next working destination came at Calgary-based TV network CICT-TV as a producer of the network for a year from 1992 to 1993. After that, she worked at other various television stations like KDFW-TV and NBC News.

In 2000, Ashleigh was hired by the MSNBC. While she was reporting the tragic incident of 11th September, 2001, a few blocks away from the site, the 7 World Trade Center collapsed just behind her. After finishing the initial reporting of the incident, she was promoted and sent around the world by MSNBC as the producer of the show A Region in Conflict.

In early 2012 she was appointed as a co-anchor of the CNN’s morning show Early Start. On August 13 of the same year, she started hosting another show CNN Newsroom where she replaced the news anchor Kyra Phillips.

On 6th August 2013 it was announced that CNN would be going to rebrand its show CNN Newsroom in a new form and it would be called Legal View with Ashleigh Banfield. Ashleigh is still hosting the legal news show and receiving wide recognition inside and outside the U.S.

Ashleigh Banfield was born in Winnipeg, Manitoba, Canada to parents John Alexander Banfield and Suzanne Elizabeth. She received her graduation degree from Queen’s University in 1988. Later, she joined the University of British Columbia from where she graduated in 1992. Renowned television journalist, Ashleigh Banfield is currently single. She was married to real estate financier, Howard Gould on 24th.

Banfield was married to a real estate financier, Howard Gould on 24th July 2004. They met first time at Central Park in 2002. After dating for some years, they wedded at the Royal Lake of the Woods Yacht Club located in Canada. She has two children Jay Fischer and Ridley Banfield from getting married to Howard Gould. She has separated with her husband Kevin Spacey.

The divorce was followed by a rumor that Banfield was dating actor Kevin Spacey. However, nothing has been confirmed and the journalist is believed to be single at present.

Ashleigh Banfield has bagged massive net worth amount of $3 million dollars from dedicating over two decades in television Journalism industry. For more news and recent updates, keep following her on twitter @CNNAshleigh.