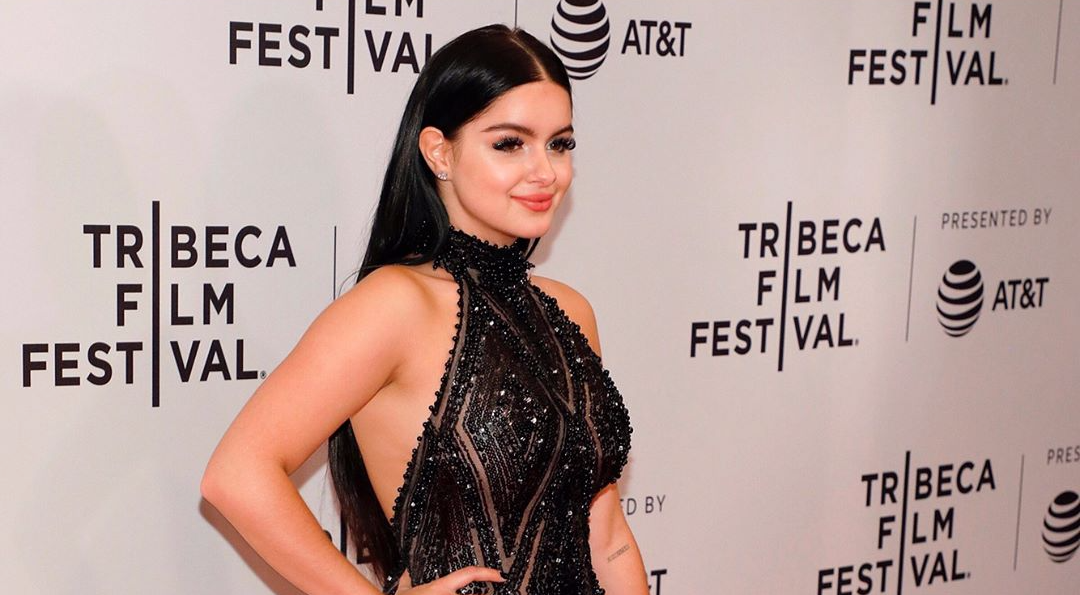 Modern Family actress Ariel Winter celebrated Memorial Day in her own way and fans are NOT happy about it. On Tuesday (May 30), Winter took to Instagram to post three photos of herself at the beach donning a blue thong bikini and captioned the photo, “Happy #MemorialDay ?”.

Needless to say, a majority of fans reacted harshly on the comments. Many commenters called the post “distasteful” and “disrespectful.” Another one chimed in with, “Memorial day is not about you. It’s about the men and women who sacrifice for this country. Regular people who live regular jobs. Who gave their lives so that you can have your freedoms, have a little RESPECT!!!”

Followers lamented that posting such racy photos dishonored the great American holiday. There were a lot of people who thought the post was a call for attention.

“What a wonderful excuse to portray yourself as a sleazy woman on a date thats supposed to honor the dead not to be focused on your hot body,” wrote one.

However, some fans are defending Ariel’s photos and leaving comments of appreciation for her: “You are so beautiful with the most amazing body ??” And, then there are some thirsty fans who posted comments like this: “Screw the haters, we want more bikini pics.”

Soon after her bikini photos, the actress also uploaded a photo with a quote thanking veterans and posted the following caption: “Could not be more grateful to all of the men and women who risk their lives to protect ours and our freedom. We are all forever indebted to your service. Thank you.”

But the damage had been done, the actress received hate comments on her second post as well.