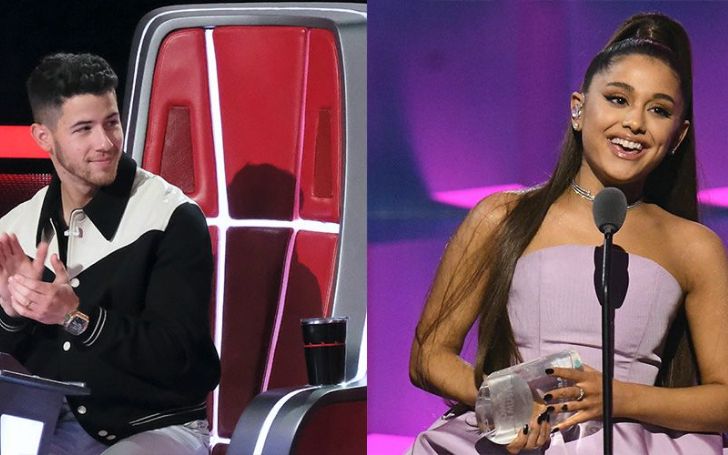 Ariana Grande will enter the judging panel of “The Voice” for Season 21, replacing Nick Jonas, who will leave the show. The 27-year-old songstress will succeed Jonas on NBC’s singing contest beginning with the 21st season, joining permanent judges Blake Shelton, John Legend, and Kelly Clarkson.

She tweeted: “surprise !!! i am beyond thrilled, honored, excited to be joining @kellyclarkson @johnlegend @blakeshelton next season ~ season 21 of @nbcthevoice ! @nickjonas we will miss you (sic).”

And the “No Tears Left to Cry” hitmaker added in a statement:

I’m so honoured and excited to join ”The Voice” family! I have been a huge fan of the show for such a long time. I can’t wait to go head-to-head with the incredible coaches, get to know these new artists and help to take their craft to the next level.

Meanwhile, a source told Page Six: “Ariana is a huge fan of The Voice and her management team has been negotiating to get her on the show for a while. She is replacing Nick Jonas, who is a judge on the current season, but he isn’t leaving for good. Nick will remain on rotation with other stars that have appeared on the show. The chances are he will be back soon.”

Grande briefly featured the singer on the show in the 2016 season. When she made her way to the stage to deliver a beautiful performance of “Into You” in the season 11 finale, but she’s never served on the competition’s coaching team. Ariana has already gained appreciation from her co-judges, with John Legend stating he is “so excited” to work with her.

Ariana’s tweet was quoted by the 42-year-old singer, who said, “So excited to welcome Ariana to our Voice family!! (sic)”

The 20th season of “The Voice” is currently in progress, with battle rounds scheduled to air for three weeks.

Ecelebrityfacts is the place to be for hot celebrity news!