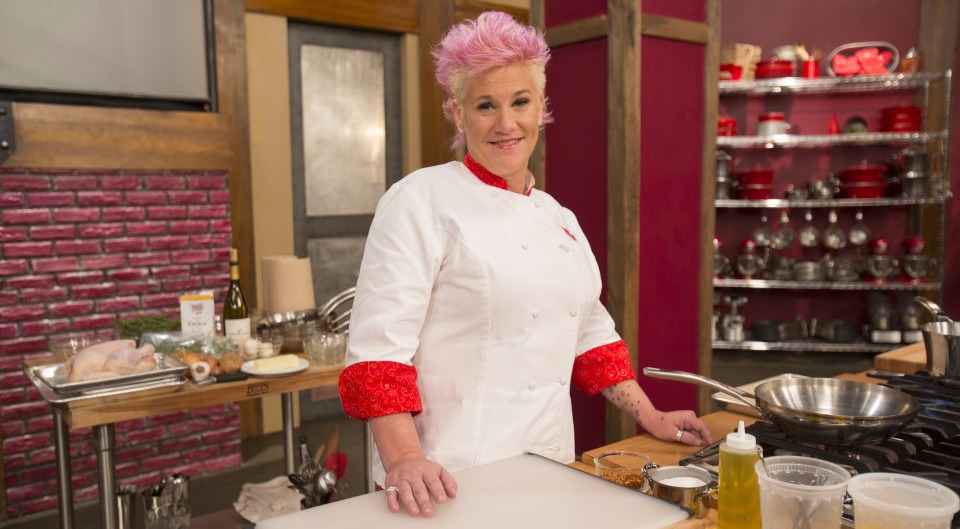 “Taste as you go. When you feel the food throughout the cooking process, you can adjust as you go.” The quote is from famous American chef Anne Burrell, a favorite to millions of Food Network watchers, as she hosts the network’s popular reality cooking shows, including Secrets of a Restaurant Chef and  Worst Cooks in America.

Anne first came into this world on September 21, 1969, in Cazenovia, New York, United States of America. She was born to her mother, Marlene Burrell, while information about her early childhood life and father is still under wrap.

Reportedly, she has a sibling named Jane Burrell. Burrell graduated with a Bachelor of Arts degree majoring in English and Communication from Canisius College in Buffalo in 1991. She then attended the Culinary Institute of America and graduated with an Associate in Occupational Studies degree in 1996. Additionally, she studied at the Italian Culinary Institute for Foreigners in Asti.

As of now, Anne Burrell is working as a host and an instructor, being associated with the Food Network. Currently, she is serving various roles in many cooking-related shows. Anne also participated in the 4th season of Iron Chef America. And later, she also appeared on the network’s other shows like The Best Thing I Ever Ate. She came out as a winner on the 4th installment of the popular cooking-based TV game show Chopped All-Stars Tournament in 2015.

Anne Burrell has openly accepted that she is a lesbian. She is currently in a relationship with her girlfriend Koren Grieveson. Moreover, Burrell engaged Grievenson.