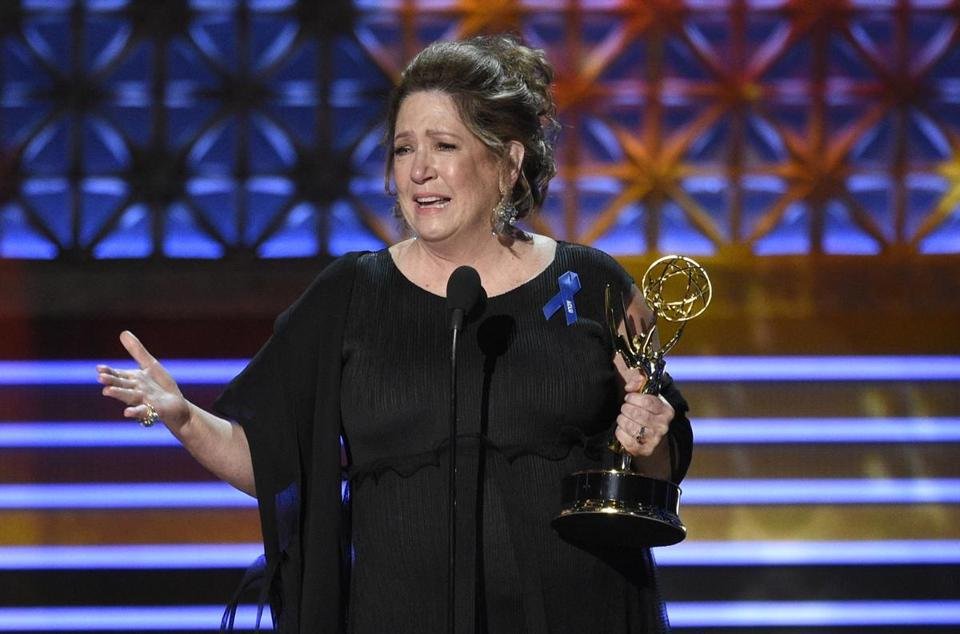 The Handmaid’s Tale actress Ann Dowd received the Emmy Award for Supporting Actress in a Drama Series at the 2017 Emmy Awards.

She had a tough competition in co-star Samira Wiley and Orange is the New Black actress Uzo Aduba. Millie Bobby Brown from Stranger Things, Chrissy Metz from This is Us and Thandie Newton from Westworld were also nominated.