Political Commentator Ann Coulter is yet to be married 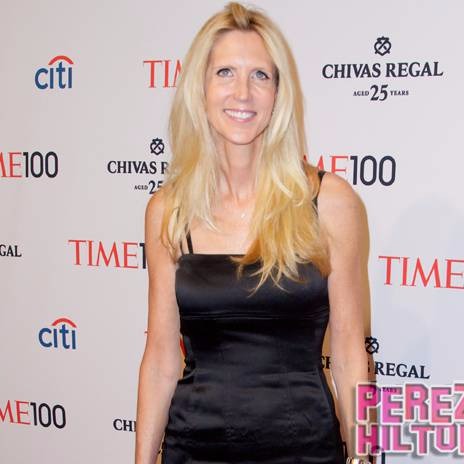 Ann Coulter, renowned for her writing and political commentaries, seems to love being the talk of the town. Besides her sarcastic comments, she had made headlines for being in a relation with a handful of men without getting married. Till date, she has dated men with profession varying from actor to author to television personalities.

Coulter’s dating life began in 1991 when she was believed to be in a relationship with British actor James Tully. The twosome dated each other for almost a year before parting ways in 1992.

Following her split with the actor, she dated American Music magazine Spin publisher Bob Guccione Jr. The duos began dating each other in  1990’s and reportedly were in line for marriage after their engagement. However, thing soon turned sour after Guccione was found guilty in the promotion of sexual activities.

Speaking about their soured relation the magazine publisher said  “It was shtick when I knew her. She became infatuated with her exploding celebrity, and really got caught up in the Republican heroin thing, and forgot that it was a shtick.”

Responding to her former boyfriend’s comments, the former MSNBC Legal Correspondent said “Guccione’s greatest achievements were creating Spin magazine in the 80’s and getting me to date him briefly in the 90’s. I see he’s still living off those aging laurels.”

Indian-born author Dinesh D’Souza was the next chapter in Coulter’s book of love. Although no concrete detail about the couple’s relation has been disclosed yet, several reports claimed that the couple were engaged. The rumors were brushed aside in 1992 when the news of Dinesh’s marriage with Dixie Brubaker broke out.

After splitting with the Indian-born author, Coulter dated Jammie Walker, Bill Maher and David Wheaton before dating former New York City Council President Andre Stein in October 2007. The relation caught everyone by surprise as Stein was a loyal Democrat and Coulter the author of If Democrat’s Had Any Brain, They’d be Republicans.

Speaking about their relation Stein said, “She’s attacked a lot of friends, but what can I say, opposites attracts.” The couple’s attraction for each other remained for just 3 months as Stein confirmed the news of their split in January 2008. Unsurprisingly, Stein cited Irreconcilable differences as the reason for their split.

An author of her best-selling books, Ann Coulter owns a house in Palm Beach, Florida, an apartment in Los Angeles and a Condo in Manhattan. She is ineligible to vote from New York or California as she is registered to do so in Palm Beach.