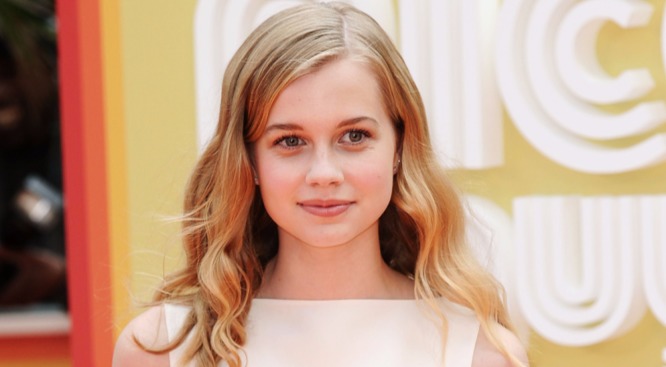 Perth-star-15-year-old Angourie Rice began her acting career with some minor roles in movies like 2009’s ‘Hidden Clouds’, 2011’s ‘Mercy’, before gaining recognition in 2012’s Transmission, in which she played Tilly. Following that, Angourie made her film debut from 2013’s apocalyptic thriller, ‘These Final Hour’, alongside Nathan Phillips.

‘These Final Hour’ was Angourie major break into the mainstream industry which gained her inconceivable fame and success and led to her being signed by U.S. agency named William Morris Endeavor. What came along was a string of television appearances, like ‘The Doctor Blake Mysteries’, ‘Mako: Island of Secret’, 2013’s short movie ‘Coping’ & animated action film ‘Walking with Dinosaurs’, and the sci-fi flick  ‘Nowhere Boys: The Book of Shadows’, in 2016.

The rising actress earned her biggest exposure to date in 2016 after starring with Ryan Gosling and Russell Crowe in comedy ‘The Nice Guy’. In the movie, the teen actress played Ryan’s pre-teen daughter named Holly and portrayed a movie-stealing performance . After sharing a major picture with Ryan Gosling and Russell Crowe and walking the red carpet at Cannes, Angourie  is all set to appear in 2017’s ‘Spider-Man: Homecoming” & ‘The Beguiled’.

Within a very short span of her acting career, she is enjoying a height of success and it’s her incredible acting ability which has helped her to achieve such a positive response from the audience as well as critics.

The overloaded cuteness, the striking look and those Australian features! Who wouldn’t want to date Angourie Rice, right? Despite being the heartthrob of millions of men, the Australian actress doesn’t seem to have any confirmed dating history. Well, Angourie is a young actress who has a long career ahead of her, and perhaps that might be the reason she is single and has no boyfriend.

Also, Angourie, living her teenage years, is still too young to be in a committed relationship. As she is an established actress there are people who are interested in her love life or private life happening that at some points, it can be stressing. Angourie not being part of any affair rumors has raises some serious question like does she thinks fifteen-year is too young to start dating? Or does she think that dating is a private matter?

Looks like she is just enjoying her days, exploring new things, gaining new experience, rather than creating buzz about her personal life. And on the other hand, Angourie nature as a private person has also arisen question like is she really single?

It might be safe to say that she is dating someone because of all her cloak-and-dagger demeanor. If so, then, we should respect her privacy and patiently wait for the day when she will come forward and acknowledge her ‘man’.

Rising starlet Angourie Rice may have wowed many as a precocious teen but she has also garnered notice for her hot and exquisite figure. Her form, with an average height of 5’3’’ and well-defined waistline are easily flattered by every dress she wears. As a teenage girl, Angourie has a slim waist and slender body, which she present confidently in every attire.

With her bold and hot exposure, Angourie has raises the heartbeat of many young boys. Angourie’s speculated measurement is 33-23-34 inches. She has the most slender looking legs. And believes us when we say it she is just fifteen and is already the possessor of seductive body measurement.

Angourie has certainly created the special place in the entertainment world with her spotless acting skills and charming personality. Many people go crazy for her whenever she makes public appearances. She has been followed by million people on her twitter account. And more information about her can be obtained from Wikipedia, and other internet sites.

Best known for playing Holly in ‘The Nice Guys’, an amateur actress Angourie Rice has morphed into a talented thespian. Only at the 15 of age, the prodigiously versatile actress has a big year ahead, with the action comedy ‘The Nice Guys’ came out this year in May as well as ‘Spider-Man: Homecoming’ & ‘The Beguiled’, set for 2017.

Angourie Rice was born on 1st January 2001. The Australian actress opened her eyes in an entertainment-oriented family, as her father Jeremy Rice is a director whereas mother Kate Rice is a writer. Angourie now live with her parents in Melbourne but have lived five years in Perth and a year in Munich, Germany.