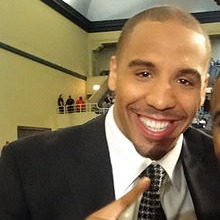 Dubbed as S.O.G. or Son of God, American boxer Andre Ward is truly a gift of god in professional boxing. The 2004 Olympic gold medalist has cemented himself as one of the very best in the sport. An undisputed champion, Andre Ward has been recognized as the second best boxer in the world by The Ring magazine, the sixth best boxer by Transnational Boxing Ranking Board and was ranked ninth by BoxRec.

Andre Ward was born to a father of Irish decent and mother of African descent. He was passionate about boxing since his childhood. His father was a major factor in his upbringing as a boxer as he took a young Andre Ward to Oakland where Andre learned boxing from his god father, Virgil Hunter.