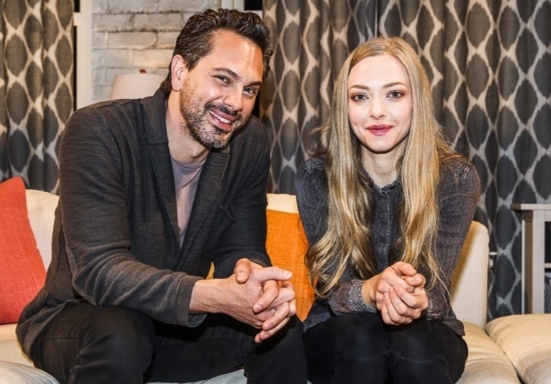 Amanda Seyfried and fiance Thomas Sadoski eloped in March. Sadoski revealed the news during his appearance on The Late Late Show with James Corden on March 16.

“We eloped, we just took off into the country with an officiant and just the two of us, and we did our thing…We had a great day. It was perfect,” said the actor appearing on The Late Late Show a few days after tying the knot.

The same month, Seyfried gave birth to their first child, a daughter, whose name has not been revealed. The couple have decided on keeping their daughter’s name under wraps too.

“I wouldn’t want you to ask me what her name is, because I wouldn’t tell you. It’s about us as a family,” said the new mother on a pregnancy podcast in July.

Everything to know about Amanda Seyfried!