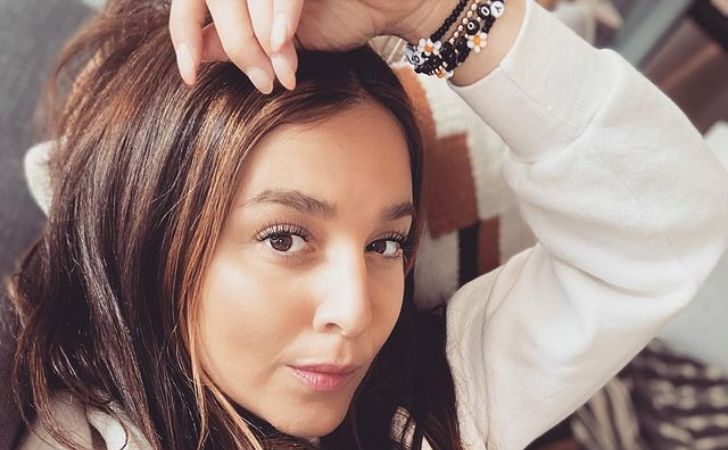 Alisan Leigh Porter, popularly known as Alisan Porter, is a famous American singer, dancer, and actress. Moreover, she is known for movies such as ‘Parenthood‘ and ‘I Love You.’

Further, she won the Best Young Actress award for the motion picture ‘Curly Sue‘ in 1993. Alisan is so talented in singing that she won season ten of the NBC show “The Voice” in 2016. Scroll down to know more about the famous personality and make sure to read the whole article.

On June 20, 1981, Alisan Leigh Porter was born. However, she is commonly known by the name Alisan Porter. The singer was born in Worcester, Massachusetts. Ric Porter and Laura Klein are parents of Porter.

Porter’s father was a lead singer and songwriter of the Worcester-based band Zonkaraz. Likewise, Porter’s mother was a dance teacher and coach to Diane and Elaine Klimaszewski of Coors Light Twins. She is an American national who came from Jewish ethnicity.

Moreover, her great grandfather was a well-known Worchester priest Joseph Klein. She was born under the Gemini sun sign. At age five, she became the youngest winner of ‘Star Search.’ When the show was filmed, she impressed the producer with her singing in a hotel lobby and then got a chance for the next episode.

Since childhood, the singer has been keen on acting as her mother inspired her greatly. On the same note, she appeared in Pee Wee’s Playhouse season 2. As a child artist, she appeared on several TV shows and films like Chicken Soup and Curly Sue. Simultaneously, while studying in high school, she was a part of the theatre group Staples Players.

Talking about her education, Porter studied at Staples High School, Westport, Connecticut. But, it’s unknown if she graduated from University or so over. Furthermore, the singer is 5 ft 1 inch in height with a well-toned body feature. Alisan has dark brown hair color and eyes. Meanwhile, she weighs about 106 lbs.

At 41, the singer lives with her current boyfriend, Justin De Vera. As per the sources, she and Justin have been together since 2018. Justin is a professional dancer and teacher. He often shares glimpses of his dancing skills on Instagram @Jtrvth.

The couple has a baby girl named Shilo Bee, born in October 2021. Apart from this, Porter has two other children from her first marriage with Brian Autenrieth. Mason Blaise and Aria Sage Autenrieth are the names of her children. Furthermore, Mason was born on July 17, 2012. Likewise, her youngest kid was born on May 8, 2014.

Alisan’s marriage with Autenrieth only lasted for five years. Moreover, Brian and Porter decided to split on December 18, 2017. However, Porter is very happy with her new family and blessed to have them. Furthermore, Alisan often shares adorable pictures of her family on social media.

Net Worth of Alisan Porter

The singer, Alisan Porter, currently holds an estimated net worth of $800,000. She has earned her earnings as an actress, singer and producer. From the age of three, she has made herself a fabulous singer.

Alisan has acted in a few TV shows and films, but her singing career has boosted her wealth in terms of acting. However, Alisan earns from paid promotional posts on her social media account.

Besides, she endorses brands like Forever21, Innisfree, and Merit, further increasing her revenue. Her boyfriend, Justin De Vera, is estimated at $1.5 million. His primary source of income is his successful dancing career. Earlier, he was a background dancer for Hells Kitchen, Glee, and Scientology.

Aside from her career, Alisan also draws in from her social media. With thousands of followers on her IG, Porter earns $593 per promotional post.

As of 2022, Alisan holds a decent amount of followers on her social media. Moreover, Porter currently has 89.6k followers on Instagram. Furthermore, now, Porter has posted 1,953 pictures on her IG.

Alisan also holds accounts on all of the other major social media sites. And her biggest following is on Facebook; Porter’s page currently has 101k followers. Similarly, on Twitter, Alisan accumulated around 45k followers. And on YouTube, she has the least amount of following; Alisan gained about 4.02K subscribers.