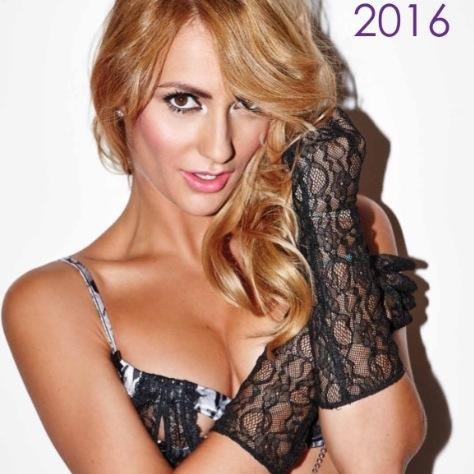 Aliona Vilani is a renowned Russian-Kazakhstani professional dancer. In 2001, Aliona placed first in the Amateur Ballroom category in World Championships. After the competition ended, she turned professional and was the youngest American pro dancer of the decade.

She has received wide fame by starring alongside celebrities in Strictly Come Dancing. Recently, Aliona quit Strictly citing how her schedule at the dance show and her desire to start a family clashed with each other.

Aliona married Vincent Kavanagh in 2014. Aliona has remarked and we quote, “it’s great when the man you love understands you, is always there for you and loves you back for the human being that you are and not the picture you create.” We hope Vincent will continue to prove himself in the days to come. Was she hinting on how they had to face married life issues because of her involvement in the entertainment industry?

On a different note, did this news shock you because you thought Aliona was dating Jay McGuiness? Undoubtedly, they had an amazing chemistry in the last season of Strictly Come Dancing. Turns out their relationship was strictly professional. Both Aliona and Jay have denied allegations of romantic involvement. Was Aliona and Jay’s on-screen chemistry a publicity stunt? We’ll never know.

As a professional partner, Aliona Vilani has danced with many celebrities

In 2012, Aliona partnered with Johnny Ball. However, she had to call it quits after a minor training accident. She joined partner Gregg Wallace in 2014 but was voted off early. In 2015, Aliona made her second win with singer Jay McGuiness.

A few times, Aliona was rumored to be romantically engaged with her professional dance partners -Harry Judd and Jay McGuiness. Numerous remarks by Aliona’s former dance partners suggested that she wanted to “emulate Harry Judd” on them. Jay, in an interview, told “[Aliona] made me do push-ups. Ten a day… Because Harry had great arms!”

Aliona could have referenced Harry to her later dance partners because her first win was with Harry. To allegations of them dating, however, Aliona has remarked, “When people want to create stories that’s up to them, that’s cool, whatever.” She even mentioned that she, alike her husband, “didn’t care” about the rumors. It might be possible that such stories have come up because of her thriving dancing career.