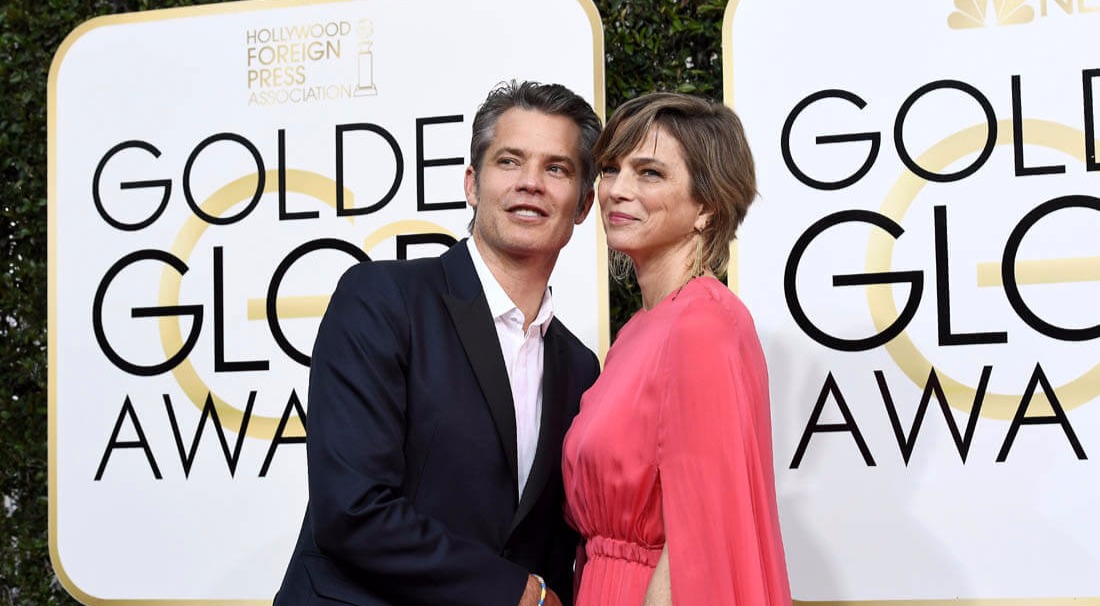 Alexis Knief is actor Timothy Olyphant‘s wife. Despite Timothy’s growing popularity, Alexis has preferred to stay away from media limelight. Moreover, she is not active on social media sites as well. She doesn’t even have a Wikipedia page!

When you date or get married to a renowned Hollywood actor, you’re sure to attract unwanted attention from paparazzi and fans. Alexis was out of sight of media while Timothy was relatively unknown until the mid-90s since he was not involved in the acting industry at that time. Instead, the former competitive swimmer, Timothy was working as a swimming coach after graduating from college.

Timothy launched his professional acting career in 1995 from television series 77 Sunset Strip and eventually, he established himself as one of the most loved antagonistic faces. With this, Alexis Knief also started receiving limelight for being associated with Timothy.

Timothy being a low-key person hasn’t given out much information about his spouse. Here’s what we know about Alexis Knief:

Alexis Knief has been married to Timothy Olyphant since 1991

Sources claim that the couple met for the first time while they were in college. Both of them attended the University of Southern California, where Olyphant studied fine arts. He graduated in 1990.

Alexis married Olyphant a year later. He was 22 then and assuming that Alexis was also in her early 20s, we’re guessing that she’s presently in her late forties.

The couple has been married for more than 25 years now and they are still going strong. However, there was a wave of rumor back in 2011 that they were separating. It was also rumored that Timothy was leaving Alexis for Natalie Zea, his co-star from Justified.

As Timothy said in an interview, “You have to be with the right person, and you both have to be willing to do the work, day in, day out, to make it happen.”

Timothy was 22 while he married Alexis

Alexis and Timothy are parents to three children at present. Their first kid, daughter Grace Katherine was born in 1999. Two years later, they welcomed a son named Henry into their family. They welcomed another daughter in 2003. Their youngest child is named Vivian.

Alexis does not attend public events with Timothy that frequently but it is confirmed that they are still together, enjoying their lighthearted relationship. They reside in Westwood, Los Angeles.