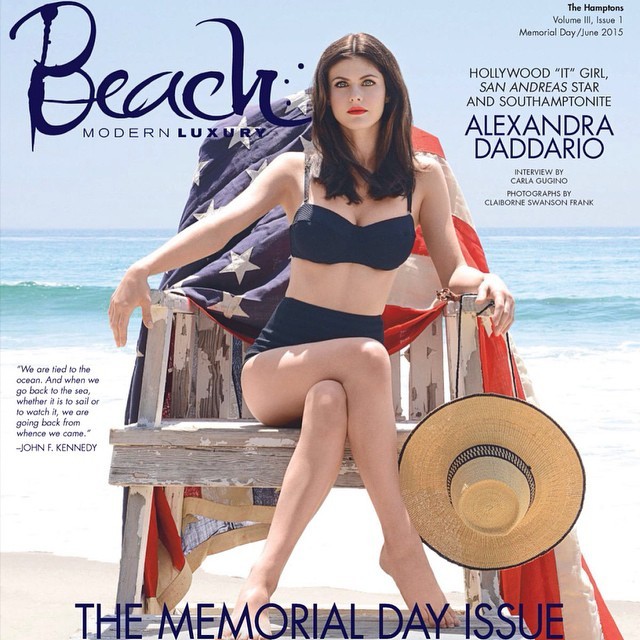 Alexandra Daddario has an hourglass body

Alexandra is famous for her seductive blue eyes. An Italian descent, Alexandra has well-maintained body measurements of 35-27-34 inches. She wears a 32C. She stands 5 feet 8 inches and weighs 61 kg.

Alexandra had appeared for very brief moments in True Detective Season 1. However, it was only when the second season was aired that she got to play a significant supporting role. Alexandra described her character in the True Detective as “probably a little bored and emotionally volatile and naïve.”

While the audience had seen Woody on similar intimate scenes before, it was the first time that Alexandra had signed up for such a role. It came as a big surprise to all those that had known Alexandra from Percy Jackson and the Lightning Thief and San Andreas. 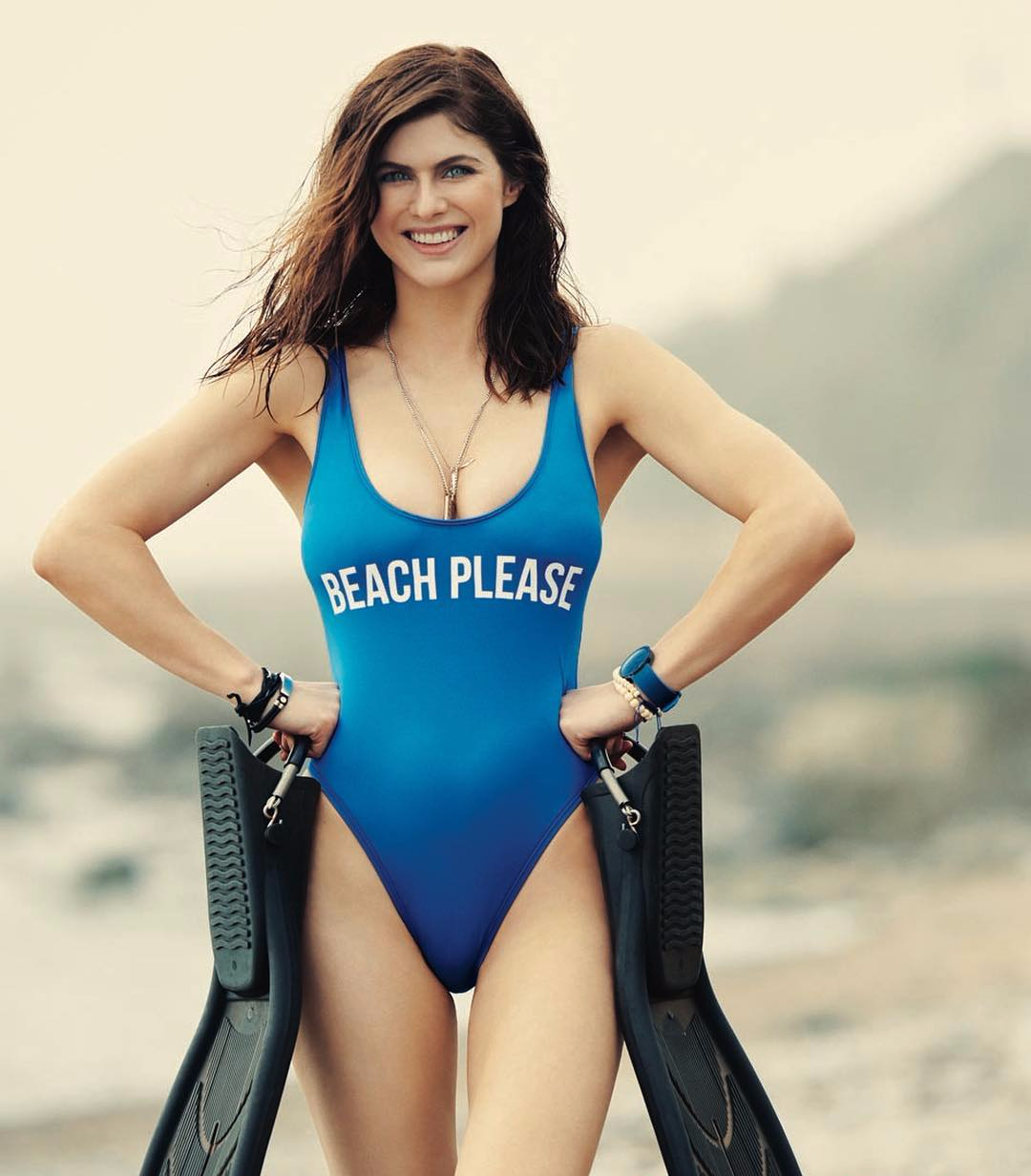 Recalling the time she played her character on screen, Alexandra said,”… it was a huge challenge for me, and I saw it as a good challenge. I saw it as an interesting challenge”. Adding further, she declared “I really wanted to be part of the show, and I understood why the nudity and all of that was required of the character…. The character is really different from anything that I’ve done before.”

Alexandra’s on-screen boldness has certainly increased her opportunities in the entertainment industry. She was titled a sex symbol by the Rolling Stone.

Alexandra has been offered one of the lead female roles in an upcoming movie Baywatch. Baywatch is set to be a commercial success and is starred by The Rock, Priyanka Chopra and Zac Efron among other gorgeous stars. 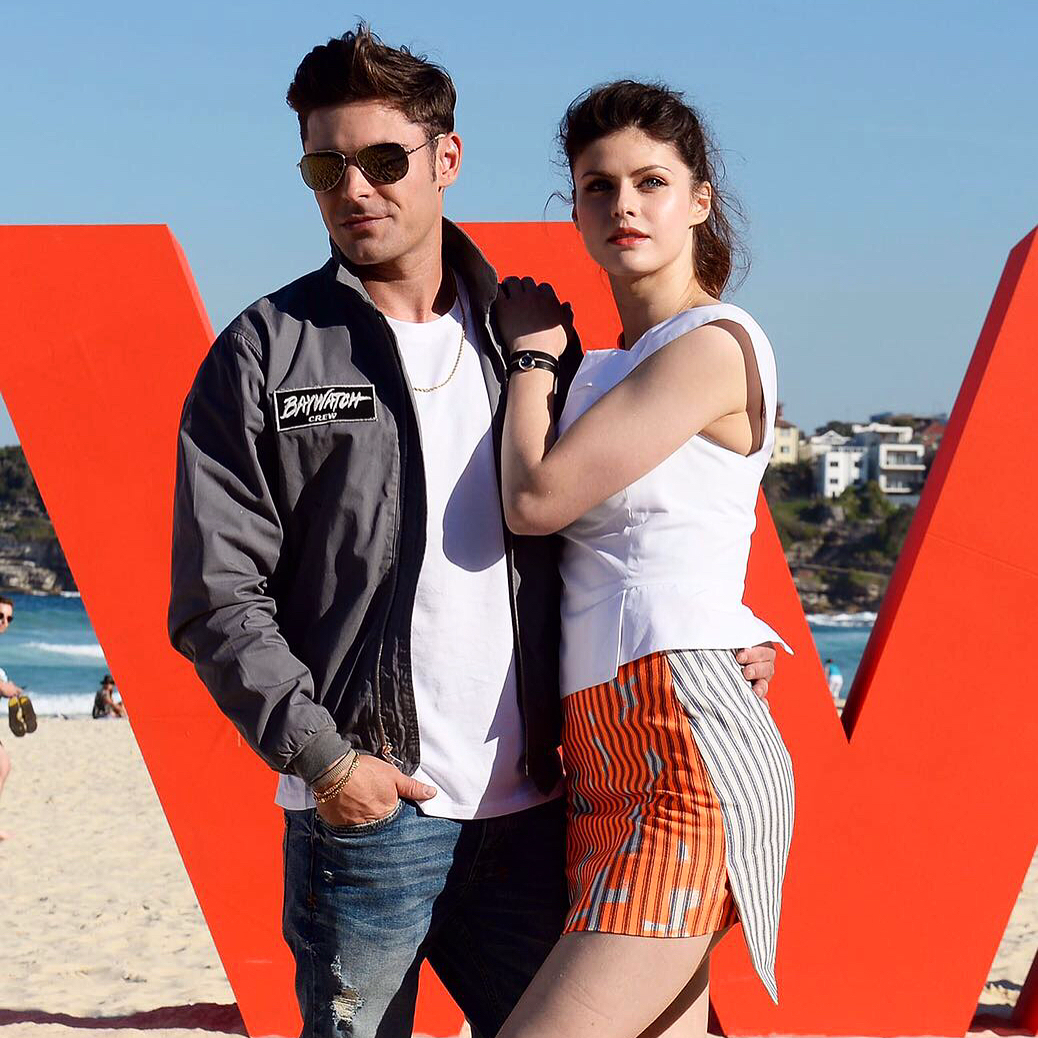 According to an insider, Alexandra is getting increasingly flirty with Zac – both on-screen and off-screen. Alexandra and Zac play flirty couple in the upcoming movie Baywatch. In addition, the couple’s Instagram updates have led us to speculate a possibility of romantic involvement.

Looks like the rumored couple has a lot of fun on set! Alexandra Daddario’s past boyfriend list includes popular names such as Logan Lerman, Trey Songz and Jason Fuchs.