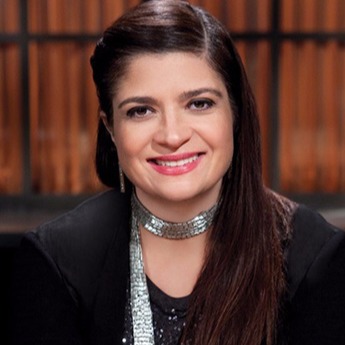 Alex Guarnaschelli’s early inspiration in cooking came from her parents

Alexandra Guarnaschelli was born on 20th June 1972, in New York City. Her father, John Guarnaschelli, was an enthusiastic restaurateur known for his Italian and Chinese cuisine, while her mom was an esteemed cookbook editor.

Little Guarnaschelli watched her mom testing different recipes while editing cookbooks at home. Firstly, Alex cooked something by herself when she headed to the kitchen early morning as a starving 11-year-old. And tried to get something to eat but couldn’t.

While not knowing to cook anything, she searched on her mom’s bookshelf and took out one: The Fannie Farmer. And that ultimately proved to be right as she could find a pretty easy way of baking a simple cake. To be precise, the quick coffee cake.

My love affair with food was just beginning and I wasn’t even in a place to understand that I could spend my life cooking.

Her mom, who was worried that she would spend her whole life behind the cooker, even praised her for her first try and motivated her. She went to Horace Mann School in The Bronx, New York and later joined Barnard College, from where she graduated in 1991.

How much is Butter NYC’s chef & Iron Chef Alex Guarnaschelli’s net worth?

She worked as an executive chef at an award-winning The Darby restaurant before closing. She has been serving the position at the Butter restaurant in New York City since 2003.

Alex is the 2nd female ever to be crowned America’s Next Iron Chef on Iron Chef America. Also, currently, she is the only woman to hold that distinction. Furthermore, Alex won the ultimate challenge against Amanda Freitag in the 5th season! However, she had ended up as a third runner-up in the 4th season.

Guarnaschelli has showcased her flairs for culinary arts through various TV cooking shows, like The Best Thing I Ever Ate, All-Star Family Cook-off, Alex’s Day Off on the Food Network and The Cooking Loft on the Cooking Channel. She has frequently been appearing as a judge on the show Chopped.

Chronicling her experiences and recipes along with her autobiography, she launched her first cookbook entitled Old-School Comfort Food: The Way in Learned to Cook in 2013.

Alex Guarnaschelli popped up on our screens on July 8 at two different time slots. She appeared as a part of the judging team in Food Network Star at 9 P.M EST. And in the next time slot at 10 P.M EST, she got judged as a contender in the Food Network’s Iron Chef America. Before her appearances in the shows, she took to Twitter to share the big news.

Alex Guarnaschelli and her husband Brandon Clark share a daughter

Alex has been married to Brandon Clark since 2007. They were together for about a year before tying the knot. The duo together shares a daughter named Ava Clark. Alex was pregnant with Ava during their wedding and welcomed her in October of the same year.

The Chew host Carla Hall was once a runway model. How much is her net worth?