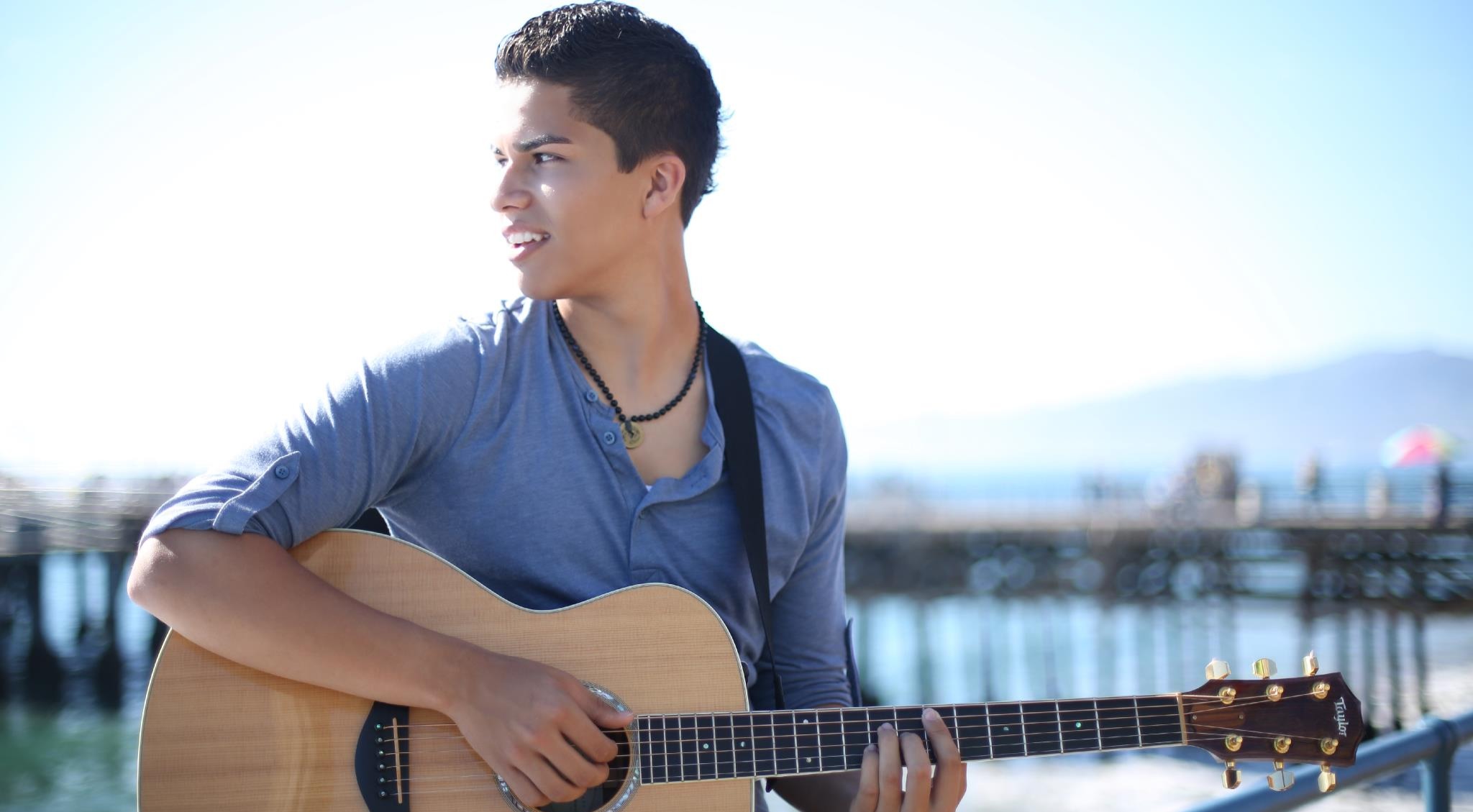 Alex Aiono rose to prominence as a teenager Youtuber with thousands of fan following. The young American boy, who has just reached his early 20s has come so far in his profession as a singer. He is undeniably a rising starlet in the US music sky.

A singer, songwriter, actor and multi-instrumentalist, Alex have already worked with some music legends like Billy Mann, John Legend, and Babyface.

Born as Martin Alexander Aiono on 16th February 1996 in Phoenix, Arizona, United States, he grew up performing. No doubt, his lust for music came with his birth. He was brought up in Phoenix as only son among four including elder sisters Sidney and Taylor and younger sister, Hallie until his family moved to California when he was in high school.

With guitar, piano, and drums in his repertoire, the aspiring boy would perform on the street of Oceanside Santa Monica before starting his own YouTube Channel. Acoustic-guitar cover of Katy Perry and Drake songs quickly found audiences that increased in sky rocketing speed day by day, soon making him a YouTube star. He is also an actor on web series Royal Crush.

Posting a video of him performing a mashup of and Nicky Jam’s Hasta el Amanecer and Drake’s One Dance, his soulful vocals, flawless skills of playing guitar, also his effortless charisma soon received millions of views reaching over 50 million.

The 5 feet 9 inches tall singing sensation has occupied the territory of many young beauties’ heart worldwide. In 2015, he was said to have dated a famous Youtuber & his fellow worker for Awesomeness TV, Meg DeAngelis. Both the aspiring youngsters’ plans & differences quickly drifted them apart. Since then, no news of his romantic connection with anyone has come.