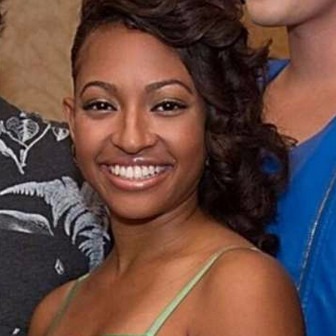 Aleisha Allen is a talented Hollywood actress widely recognised for her performances in the 2005 film “Are We There Yet?” And 2007 film “Are We Done Yet?”. Besides, Allen has also made a few appearances on various television series as well.

Aleisha Allen attended Sacred Heart School in the Bronx, where she was brought up by her parents. Aleisha’s career started back since the age of four. She appeared in the series Blue’s Clues in 1996 and in Out of the Box.

These two early acting experiences greatly stood up for her future career. Allen, as a young and professional actress, made a remarkable feat by doing the 2010 television series The Electric Company.

Also an actor, Allen debuted into the Hollywood world with the movie The Best Man. The Best Man was a 1999 film where Aleisha got to play a supporting role. Later, in 2003, she landed in the role of a Side Table Drawer in the film Blue’s Big Musical Movie whose plot was adopted from the 1996-2006 television series Blue’s Clues.

Gradually, when Allen’s position in Hollywood was starting to rise, she was recruited as the cast of the 2003 hit movie School of Rock. She played the role of Alicia in the comedy movie alongside the famous film star Jack Black. This film is one of the most successful movies of Aleisha.

Likewise, in 2005 and 2007, Allen managed to get on the screen as Lindsey Kingston in Are We There Yet and Are We Done Yet respectively. The comedy sequel was quite successful; moreover, she got a chance to show up on the promos with the famous rapper Ice Cube.

Aleisha Allen was born to father Otis LaNaé Allen and mother Angela LaNaé Allen. During all of her early childhood, both of the parents supported Allen’s acting career. Corresponding to her birth date (April 28, 1991), Aleisha’s birth sign is Taurus.

While she is not dating anyone at the moment, Aleisha was in a four years’ relationship with Tahj Mowry starting from 2003. The teenage relationship did not work out well for Allen as she had to focus more on her career.

Aleisha is currently modelling for television advertisements for several companies.

In 2004, she was nominated for the category of Best On-Screen Team Award, presented by MTV Movie Awards, for the School of Rock.

Aleisha has 16.9k followers on Instagram, though she is not a very active social media user.