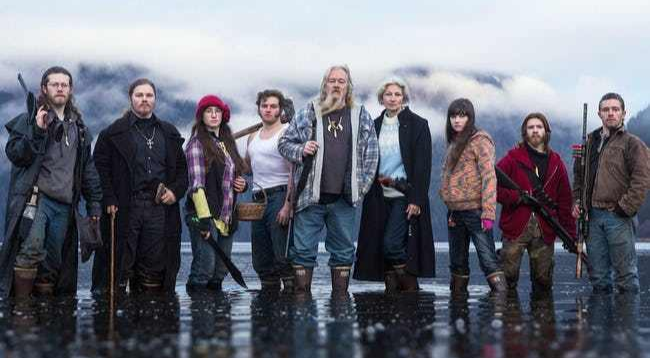 Better late than never! Alaskan Bush People was supposed to be airing its eighth season during this time of year, but things didn’t go as planned for various reasons. Nevertheless, here’s good news for all the wilderness fans, your favorite show is coming back on your screens on Sunday, August 19 at 9 p.m. ET.

Brown clan relocated to Washington for the new season

The Brown family is returning after getting through several mishaps, from Noah’s emergency gallbladder surgery to Gabe suffering from flu-like sickness. Well! This time, not from Alaska.

After living more than three decades off the grid, the Brown family decided to leave the place after matriarch Ami Brown became diagnosed with cancer last spring. Following that, they moved to Southern California for her treatment.

The survival rate for the 54-year-old was quoted as low as 3 percent. But, after months of painful radiation and chemotherapy treatments, the latest scan result on December 21, 2017, showed positive signs, and the doctors claimed her cancer-free.

Discovery Channel has shared a sneak peek, and while talking to People, the network even shared that the new season will document their new life.  As Ami is healthy again, the family is starting over in Washington. Ami and Billy, along with their children, Matt, Bam Bam, Noah, Bear, Gabe, Snowbird, and Rain, will face the extreme weather in the unfamiliar surrounding of over 400 acres of raw wilderness.

Billy says this is the “biggest adventure [they’ve] ever done.” While they are excited to explore their new adventure, viewers eagerly await what the brand new season has to offer. A little wait is worth the fun-filled tour into the woods.

Are you excited for the new season of Alaskan Bush People? Sound off your thoughts in the comments.