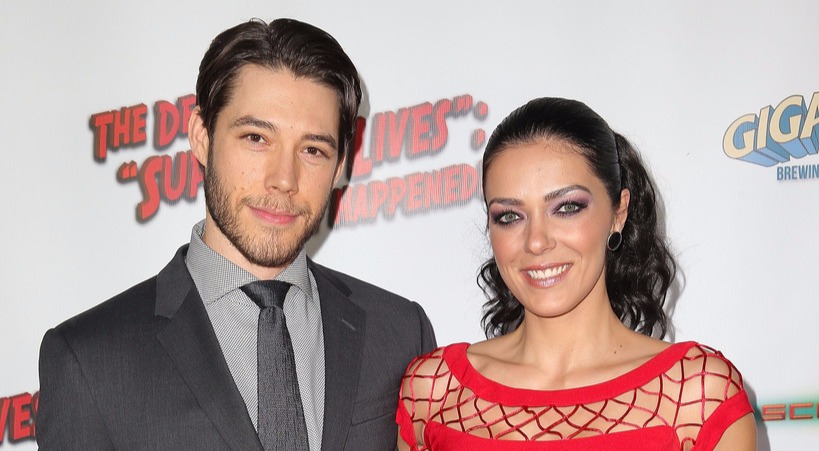 Adrianne Curry finally divorced from husband Christopher Knight in their fifth marriage anniversary. Though not on the actual date, the couple definitely moved on with their own life in 2012.

Since then, Adrianne Curry has been hanging out with some other men. Her new boyfriend Matthew W Rhode is one of the cheeky ones. There are some more people she was dating in the recent years.

@CorvetteZR_1 chris knight did not leave or divorce me…i left HIM and forced him to file for it so I wouldnt have to pay the fee!

Adrianne and Christopher married each other in 2006 after keeping together for quite long prior to the marriage. During the six years’ time, the couple didn’t have any babies. To get into more details, the first couple of years were fine for both of them.

However, Adrianne and Christopher started to demand some space for themselves. Perhaps, the lack of compromise led to the couple ending up in divorce only after five complete years of marriage.

After the signing of the divorce by both of them, Christopher frankly said that he was lucky to have met her some years ago. Everyone knew it was almost like a love at first date. When they met in 2005 in the reality show The Surreal Life, both of them knew some kind of chemistry is going to happen in the future.

Well, it did happen and ended up marrying. Oh, yeah lastly divorcing as well.

According to Adrianne, Christopher had been too mean to her. His abusive comments and night-outs weren’t very digestible to the 34 years’ old model.

Matthew Rhode seems to be the perfect man for Adrianne Curry

As they broke up in 2012, Adrianne covertly tried to move on with accompanies from some other guys. The insiders say that she is having a lot of fun with her new boyfriend Matthew W Rhode.

Matthew Rhode is an actor – he prefers calling himself an entertainer. He likes going out to the gym and workout to achieve a perfect shape for his new girlfriend. Besides, Matthew is a dog lover and is very much fond of simple machines like screws, hammers, and nails. Also a big fan of motorcycles, Rhode likes to ride around. He loves to trek to newer places.

Since Christopher and Adrianne divorced, it seems Matthew is the perfect man for Adrianne Curry.