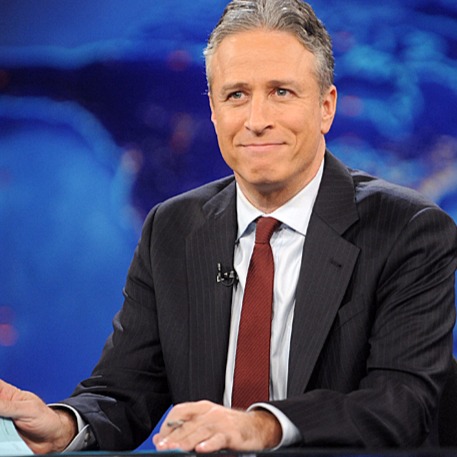 Jon Stewart and his wife Tracey McShane are wholeheartedly working for the amelioration, or improvement, of the situation of the abused animals in the United States. The couple bought 12 acres of farm land and contributed it to turn into a well-maintained sanctuary. Let’s find out how much amount this philanthropic act has cost out of the couple’s net worth.

According to the CBS News, the world-famous comedian Jon Stewart and his wife Tracey McShane actually contributed his own 12-acre farm located around 50 miles from New York City to the making of a future farm sanctuary. This work of the couple is being praised by people all around the world. Mostly the animal organizations, such as World Wildlife Fund, have acknowledged the amazing work done by Stewart couple.

“Animals have always rescued me at a time when I needed to be rescued,” says Tracey Stewart. https://t.co/az21uiHwlk via @pix11news

Currently, the farm is already accommodating four dogs, three rabbits, two guinea pigs, two fish, and a bird. Moreover, these animals all have a sad background – some were abused by owners and some were found in the streets. While this might seem very negligible for an actual sanctuary, Jon and Tracey promise to invest more into this work as an ecological citizen.

The couple has already announced the future of the farm – it is absolutely going to be a Farm Sanctuary, a haven for animals. Soon, many more animals will be arriving into the farm; Cows, Chicken, Horses, Sheep will combinedly make the BuffleHead Farm a huge success. The future of the farm is clear as said by Jon and reiterated by many environmentalists.

Tracey Stewart said – “We’re getting married. Farm Sanctuary and us, we’re getting married.” She also announced this recently – “We bought a farm in New Jersey with the intention of starting a farm sanctuary of our own with an educational center, but what I’m announcing tonight is that our farm is actually going to be the New Jersey branch of Farm Sanctuary. We’re going to build new advocates, new curious learners, and new leaders for this very important movement.”

That’s such a good gesture of thankfulness to the mother nature. Well done Jon Stewart and Tracey McShane!

Jon Stewart is worth too much, so he affords to donate

Jon Stewart is one of the most famous comedian ever. He has done a lot of shows in his life. Jon’s show The Daily Show is perhaps the most popular and most watched comedy show in the whole world.

Each of his episodes receives millions of views on YouTube. Besides, Jon has also appeared in numerous movies such as Rosewater, Big Daddy, and Half Baked.

With money flowing in from television shows, films, endorsements and YouTube royalties, Jon has a jaw-dropping net worth of $80 million. That’s why Jon Stewart and Tracey McShane have been able to afford to be so much philanthropic towards the amelioration of animals.