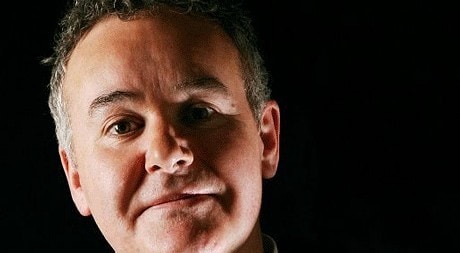 Adam Curtis, the English documentary filmmaker is ready to amaze us with his new masterfully built BBC footage archive titled Hyper-Normalisation, which he has accumulated from around the world. The 165 minutes long video tackles with his new targets including, suicide bombs, and waves of immigrants, Donald Trump, Vladimir Putin and Brexit. Also in his documentary, he explains how the world became such a mess.

The director who enjoys capturing and demonstrating documentary based on his favorite theme of “Power and how it works in society” explore sociology, psychology, philosophy and the political history in the new venture.

The documentary begins when a bomb goes off and the camera falls on the ground and the faces start to gaze. His mysterious voice adds another dimension to his documentary; it puts magic in his videos.

As the documentary begins to roll on, Adam goes on to describe the influence of backroom politics decisions, psychological theories and old grudges.

He further goes on to display connections in between the 1970’s New York bankruptcy and the rise of Donald Trump. Besides that, the British documentary director talks about how Henry Kissinger’s attempt to divide and control the Middle East and its ruler Hafez al-Assad helped in the rise of “fake terrorist mastermind” Colonel Gaddafi.

The artistically created documentary is made up of the major events that took place in the last four decades. Some of the major incidents include series of war in the Middle East, the fall of Communism, the rise of cyberspace, 9/11, Brexit and the rise of Donald Trump.

Adam Curtis describes the details and the theories behind all the major incidents that took place in the previous four decades, which people are still unknown about.

The documentary, like his other documentaries, is a powerful one. Through his documentary, Adam Curtis describes how the major incidents that took place in the previous four years have had a hand in shaping our today.

The documentary not only portrays the significant incidents that took place in the world but also provides a glimpse of Adam’s brilliance as a director. Some of the footage in the documentary is breath-taking.