Is Adam Conover ready to wife up girlfriend Lisa Hanawalt? Read more about his real sister 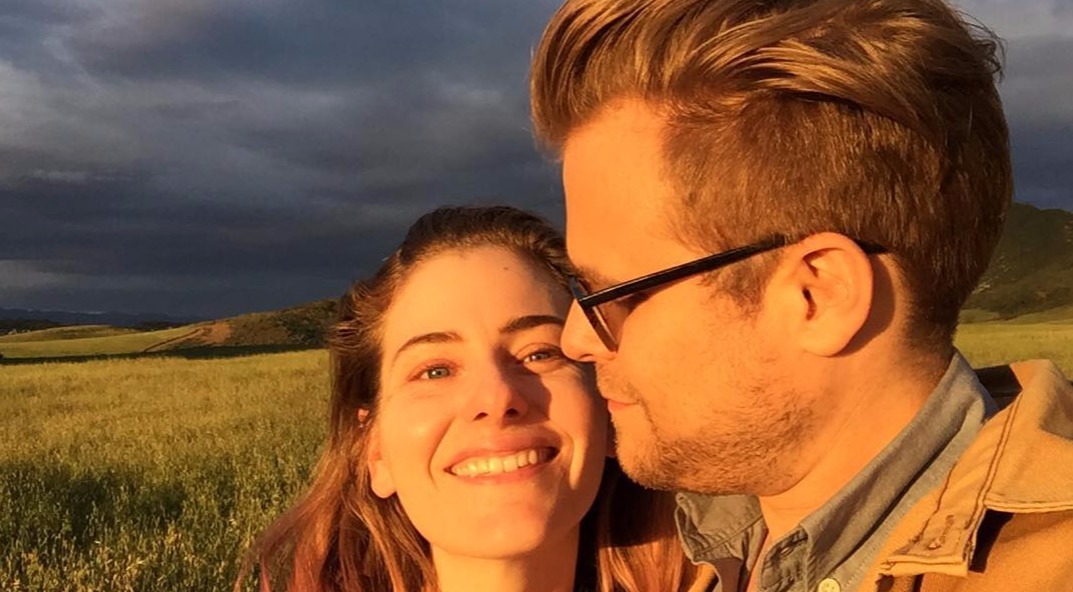 Adam Conover is an L.A. based humorist, famous for the comedy website, CollegeHumor. His video Mitt Romney Style has garnered almost 62 million views on YouTube. The writer of web-series is also a host and creator of truTV’s Adam Ruins Everything.

Adam Conover and his girlfriend have BoJack Horseman in common

If one has noticed a beautiful illustrator, Lisa Hanawalt, on the official Instagram account of Conover then they might have known that he is already taken. Well, the humorist who is in his mid-thirties is sharing a blissful time with his longtime girlfriend. 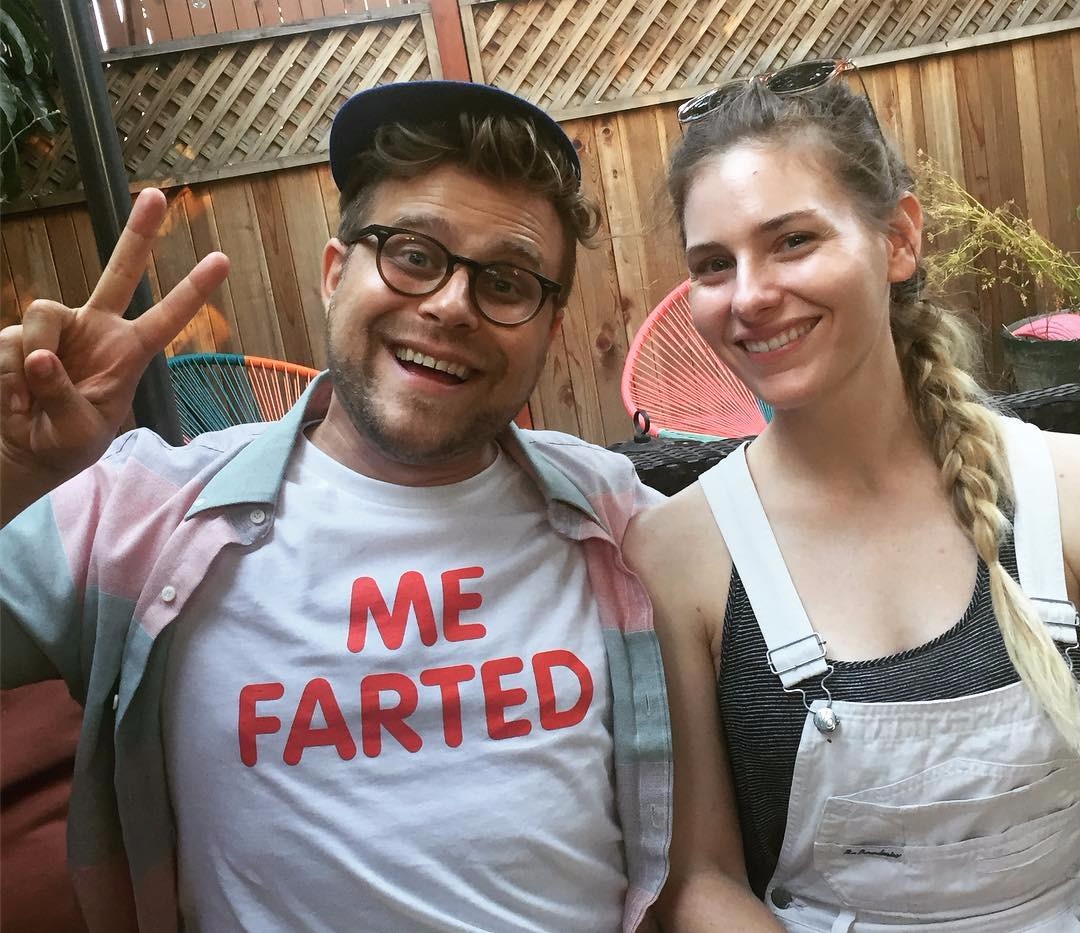 The thing that is common between the two is Netflix’s, BoJack Horseman. Lisa is a producer and production designer of the series whereas Adam provides his voice to the several characters.

Years after dating, people being eager about them getting married might not come as a surprise. But is there any probability that Adam will be turning his girlfriend into a wife? Well! So far the two hasn’t shared much on that very matter. The pair will certainly share the big news with their fans if they take their relationship to the next level.

Adam Conover is the only one in the family without a Ph.D.

Conover was born in 1982 in Wading River, New York. He is the only member of his family who doesn’t hold a Ph.D. His father, David O. Conover, is a marine biologist and his mother, Margaret Conover, is a botanist. He has a younger sister, Emily, who is a science journalist and has a Ph.D. degree in particle physics. 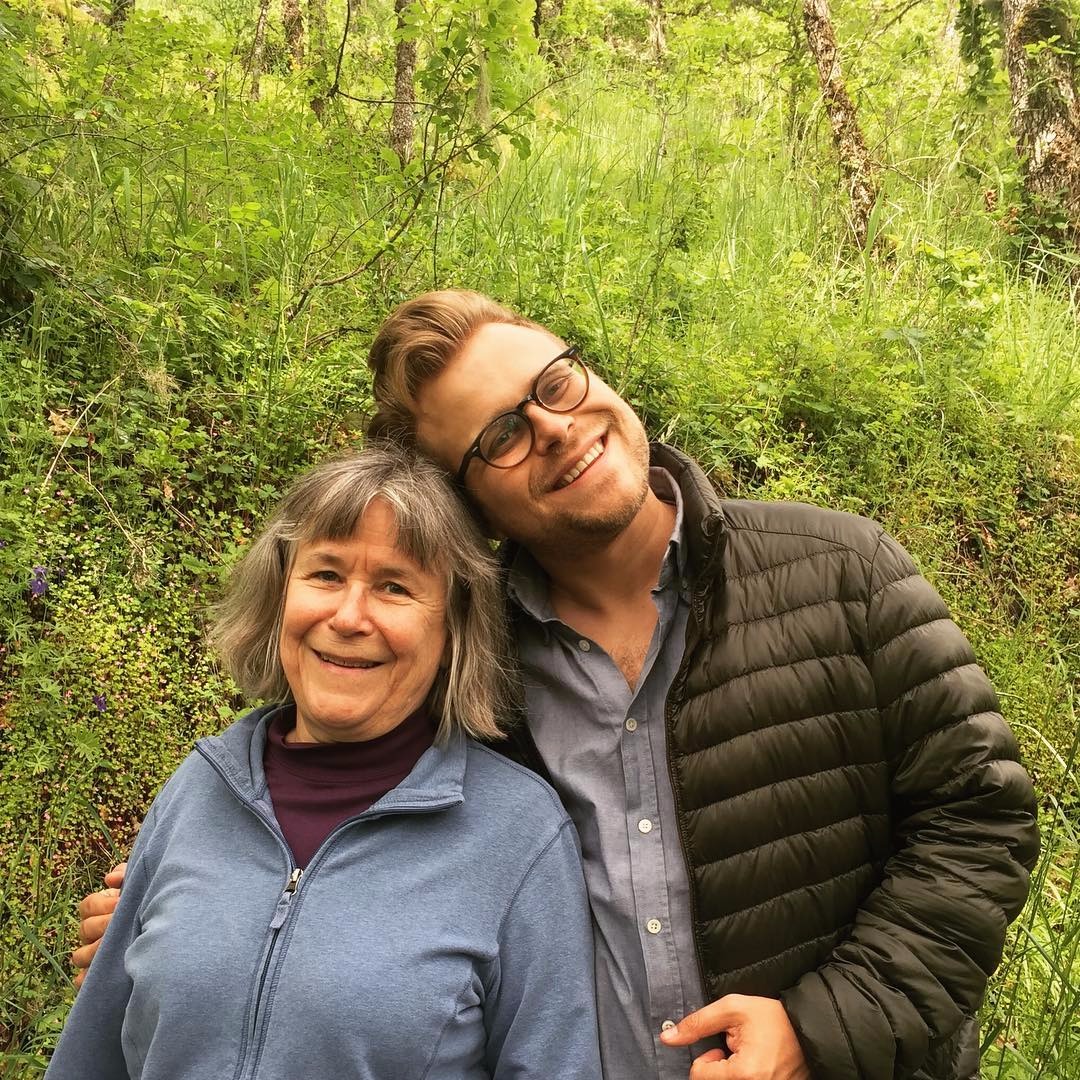 Conover graduated from Shoreham-Wading River High School in 2000. He discovered his interest in performing arts while he was in high school. Thus, after joining Bard College in 2002, he became a member of Olde English, a sketch comedy group. Later, in 2004, he received his B.A. in philosophy.

Conover has now become more popular on the web; all thanks to the comedy web-series, CollegeHumor. He is one of the most liked cast members of the show.

As a stand-up comedian, he has performed at festivals, including the Bridgetown Comedy Festival, San Francisco Sketchfest, and also at the various colleges throughout the country. 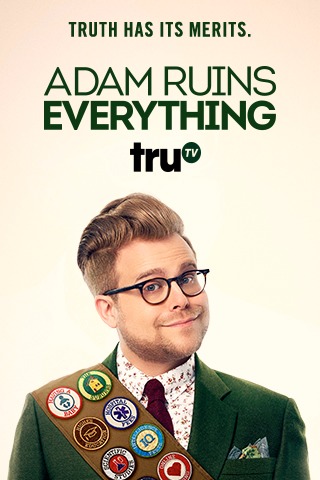 He started working for the web-series CollegeHumor in 2012. The comedy series has been of a great help to enhance his career, as it has led him to create another web series, Adam Ruins Everything. The show aims to put light on the trend and other false impressions which have been pervading American society.

The show debuted on 29th September 2015 starting up on truTV with a 12-episode season. Later, on August 23, 2016, it was announced that 14 additional episodes of the very first season will air.

As of 2017, the show is running in its sixteen-episode second season, which premiered on 11th of July this year.

Likewise, he has been contributing his voice as “Bradley Hitler-Smith” and other different characters in the BoJack Horseman. From all of his work, he must have accumulated an impressive amount of net worth. However, the exact figure of his net worth is still under wraps.

Rhea Butcher is also a stand-up comic, renowned for appearing in Adam Ruins Everything as Adam’s sister. She has been entertaining the audience as a public defender, Rhea Conover, after making her debut in Adam Ruins Football. 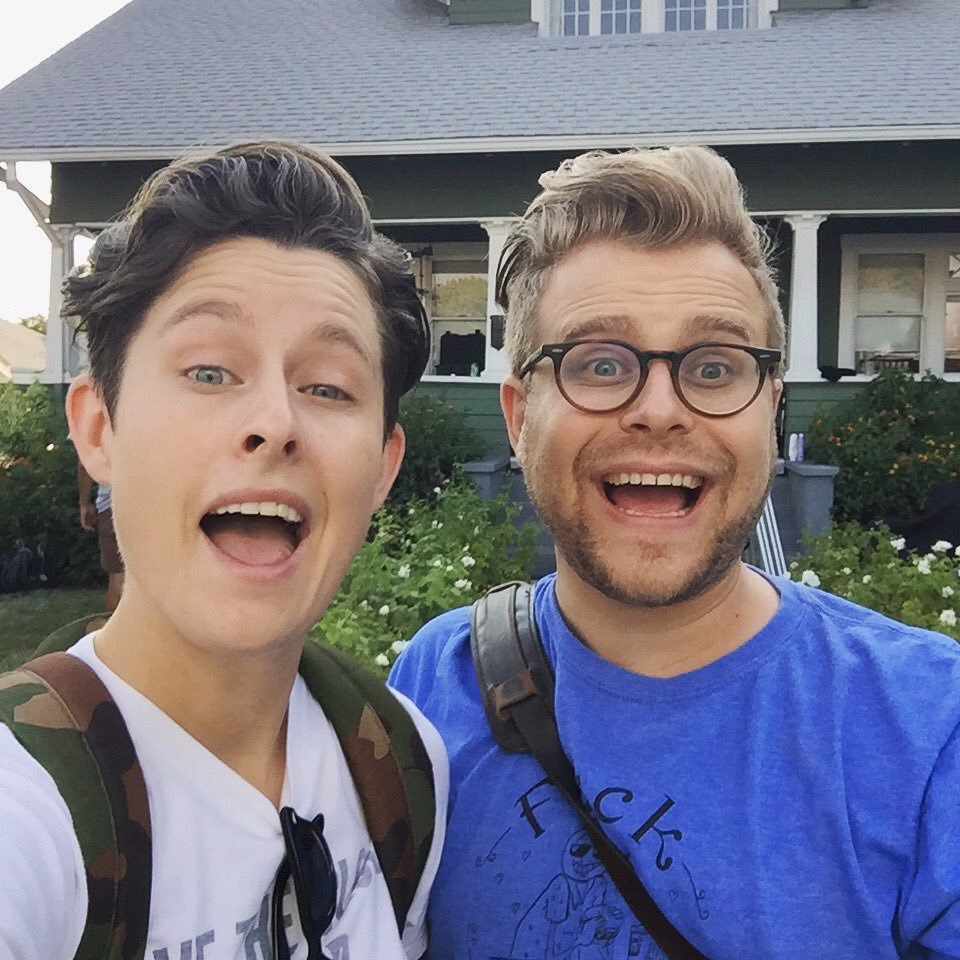 The other thing which became more popular than the humor that the web-series provides was the speculation of Rhea being real life sister of Adam.

Adam took to the Twitter to clear up all the confusion and divulged about his real sister, Emily Conover. 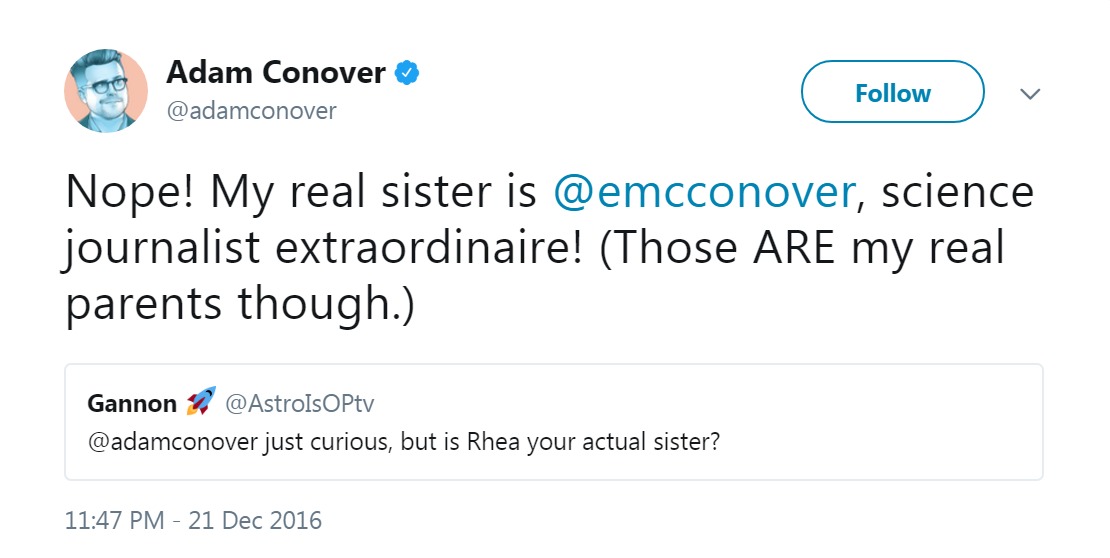