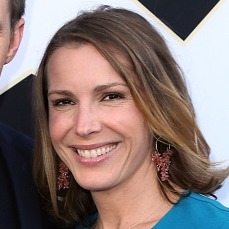 Amber Jaeger married Sam Jaeger in 2007. Now, she has three children with her husband. They had tied the knot at Crockett’s Run Resort in Logan, Ohio.

Professionally, Amber Jaeger is a brilliant Hollywood actress. Her fame shines with some remarkable movies like Take Me Home (2011), Hearts and Hotel Rooms (2007), and The Three Stages of Stan (2003).

Successful with very few movies on the list, her fame brightened after getting married to actor Sam Jaeger. Amber met her future husband, Sam, at Otterbein College.

They married on August 25, 2007, in an outdoor, double-ring ceremony. Even after being married for a decade; the duo hasn’t given rise to any divorce rumors.

They have three children together. Their first son August was born in 2010. Their second son, Redford, followed in 2014 and recently, Amber gave birth to their third son, Calvin Ernest Jaeger on June 26, 2016.

Here’s a little secret, Amber was previously married to her former boyfriend, with whom she has a daughter, Aubrey. But after her divorce from the prior marriage, Sam and Amber have shared her care. So, logically they have 4 children in the family.

Amber Jaeger is currently sharing a peaceful and happy bond with her husband. Though her previous marriage couldn’t work out, her present life is full of happiness. Sam is linked to multiple professions at once yet takes good care of his family.

Happily married, Amber Jaeger and husband Sam Jaeger are an idle celebrity couple in Hollywood. Their family has children from both sides and they bound with equal love and care.