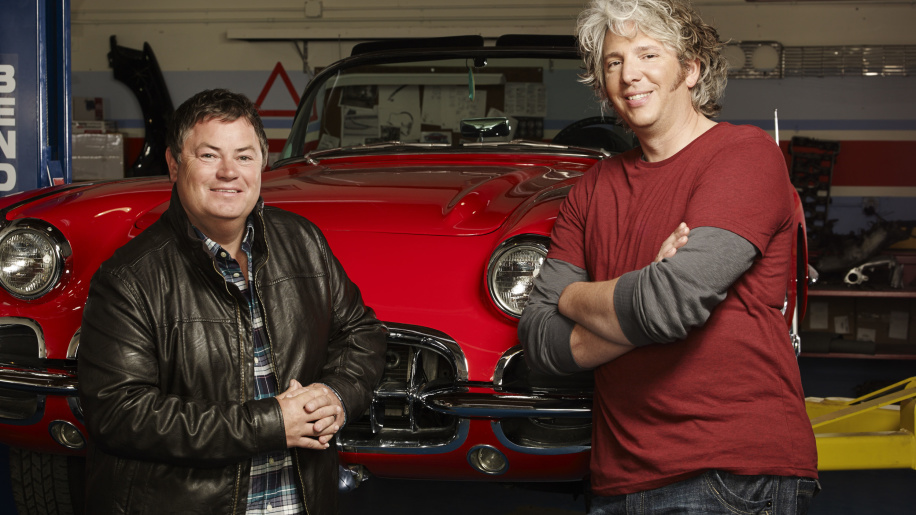 Wheeler Dealers is about saving repairable vehicles by overhauling them and then selling them to a new owner. The British television series now produced by Velocity channel is running in its 15th season. The first 13 seasons, which saw the likes of Edd China and Mike Brewer, are hailed as one of the best car shows on TV. From season 14, Edd China was replaced by Ant Anstead.

China, who handled the helm of Wheeler Dealers for over a decade, surprised many when he left the show in 2017.  Though it’s been a year since the genius mechanic walked away from the show, many fans still don’t know why. Today, we are here to unveil some secrets of the show.

#5. Why did Edd China leave the show?

The Wheeler Dealers cast member left the show due to disagreements over the strategy of the new producers. Edd China gave a detailed explanation about his exit through a video on his YouTube channel. He said that Velocity wanted to cut down on his workshop fixes’ detailed and in-depth coverage.

China also claimed that the network believed that reducing them would save production time, money and effort. However, this did not bode well with Edd, who believed that this would compromise the quality of his work and erode his integrity and that of the show.

Shortly after leaving the show, Edd posted a series of “Ask Edd” videos on Youtube where he answered fans’ questions. He also explained how he struggled to get his tools back from the garage at Wheeler Dealers. Also, his former host, Mike, accused him of trashing the show after 13 years via a Twitter post, and the feud continued with Edd throwing shade at Mike in his YouTube video. He then appointed Pure Agency to help him manage his brand, Garage Junkie, e-commerce website, PR, and social media.

While Edd posts informational videos and answers fans’ queries through his YouTube Channel, he also starred in a commercial for a lubricant, XCP. Finally, Edd returned to our screens on May 1 with his show, Edd China’s Garage Revival, which showed him working with car owners who need their cars restored. Later, he came up with another web series, Built By Many.

According to Mike, Edd’s announcement that he was leaving Wheeler Dealers harmed his family. He said the abuse his family had suffered also affected his crew, friends, charities, employees, employers,  and fans. In addition, he also claimed that he was abused on the streets, at supermarkets, at car shows, at restaurants, and everywhere he went for what Edd did.

Mike also expressed his dissatisfaction that Edd did not inform him that he was leaving. He, however, said that he had enjoyed working with Edd for the 13 years they did the show together and that he wished him all the best. Stating how important the show is for him, he said,

I live and breathe this show I nurtured over the past thirteen years. Wheeler Dealers is in effect my baby, but above that, the show is my job, my livelihood, my bread winning support for my family and my career that I have proudly built over the past 20 years entertaining people on car shows.

Ant Anstead is a multi-talented man. He is a car builder, an artist, world record holder, designer, and semi-football player. Anstead started building cars from a young age and was among the youngest armed police officers in the UK. He has worked in shows like For The Love of Cars, Building Cars Live, Chinese New Year, New York: America’s Busiest City, Million Dollar Car Hunters, The One Show, Sunday Brunch and This Morning, among others.  His indulgence in varieties of shows proves his versatility in the world outside cars.

When the news of him replacing Edd China came, fans of the show got skeptical, wondering if it would be any good. However, he surprised fans beginning from the first episode. The show is still highly entertaining, as it features gorgeous cars and still has frontman Mike, who introduces fans to interesting shops. The show still offers little nuggets of automotive history and has plenty of wrenching shots and technical explainers. All in all, the show’s concept still lives on.

Mike Brewer is also an author. He has released a book, Mike Brewer’s The Wheeler Dealer Know How!, where he has details about buying, owning and selling classic cars. The book discusses specific vehicles, their trouble spots, desirable models, his memorable moments as a car dealer, his all-time favorites and more inside details. The book, originally published by Veloce Publishing, is available in the UK and the US. If you are a show fan, you’ll love the book. We have the link in the description.

Do you still enjoy the show as much as you did during the Edd China era? Tell us in the comment section below.