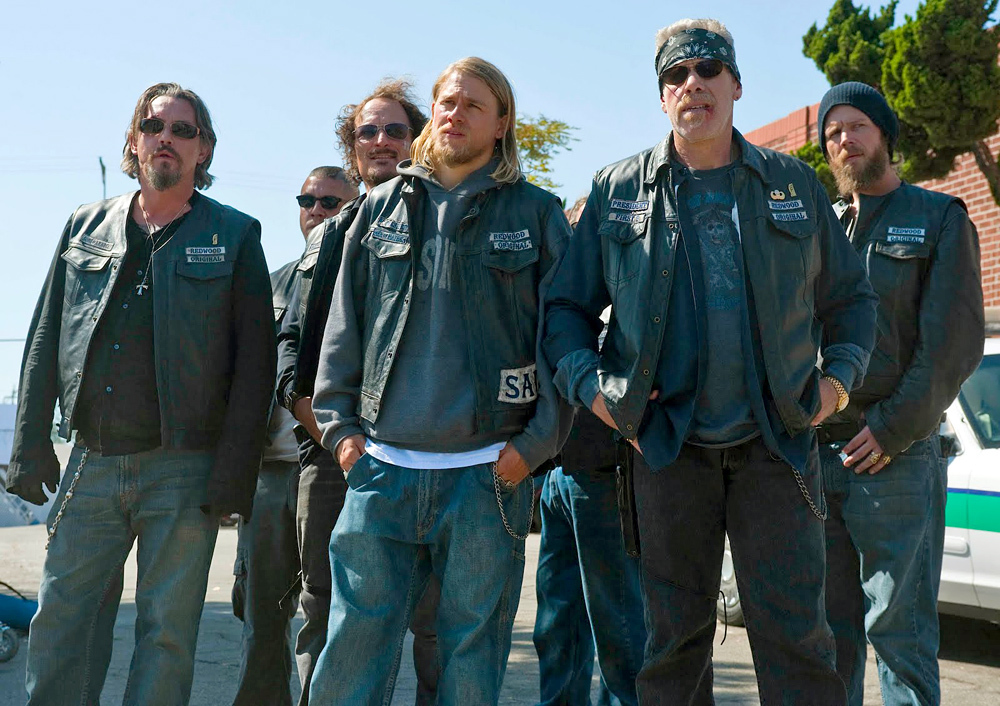 In 2008, Sons of Anarchy rocked the FX channel for the first time. The biker-centric drama series had all the hard-hitting tough-nosed grit of a crime series. More than three years after the show’s final episode, fans are still obsessed with the stars of the show.

However, in Hollywood, there is no safe future. Any one incident can make or break a career. Today we are looking into some of the characters of the hit show who became A-listers and some not so much.

#8. Flopped: Niko Nicotera as Ratboy Skogstrom in Sons of Anarchy

Niko Nicotera was a late addition to Sons of Anarchy when he joined the show in its fourth season as prospect Ratboy Skogstrom.

Nicotera basked in fame for his intense performance in the show. However, his post – SOA career has not picked up the pace, achieving minor roles in movies and TV shows here and there.

#7. A-lister: Titus Welliver as Jimmy O’Phelan in Sons of Anarchy

However, Titus was critically acclaimed for his performance. Before SOA, Titus was known for his minor roles in movies and TV shows. Now, Titus has transitioned to leading man in the hit show Bosch.

Johnny Lewis depicted Half-Sack Epps’s role in the show’s first two seasons. The character didn’t have much screen time and was a forgettable character. In real life, Johnny had various run-ins with the law before tragically passing away on September 26, 2012. But, let’s not speak ill of the dead.

Before playing the role of Dr. Tara Knowles in the show, Maggie Siff had already made a name for herself with her memorable role in Mad Men. Maggie portrayed Jax’s love interest, Dr. Tara Knowles, in Sons of Anarchy and gathered excellent fan appreciation for the character. Since Tara’s gruesome demise in the show, Siff has become an A-list TV star with a role in the critically acclaimed show, Billions.

What is Sons of Anarchy star Maggie Siff’s net worth? Meet her family

Before climbing onto Chib’s Harley Davidson, Flanagan had consistently appeared in various TV shows and movies throughout his career. While SOA wasn’t his path to the leading man status, it did provide Flanagan a long-term gig. After SOA, Flanagan has continued as a supporting actor in various movies, including Guardians Of The Galaxy Vol.2.

Everything about Tommy Flanagan, the star of Sons of Anarchy

Ron Perlman was already an established actor in the industry before appearing in SOA as SAMCRO’s president Clarence Morrow. The role took his fame to a new height. The fans very much loved his character. After Jax took Morrow out, Perlman has starred in various other roles, notably in the hit series Hand Of God.

Sporting tribal tattoos on his head and spouting some of the show’s sassier lines, Juice was a fan-favorite character in SOA. Though Juice didn’t make it out of prison alive in the show, Juan has played in various TV shows but hasn’t been able to crack the A-list.

What is Theo Rossi doing after SOA? Net worth 2018

The role of Jackson ‘Jax’ Teller propelled Hunnam firmly onto the A-list thanks to his impeccable portrayal of the character. Before Jax, Hunnam had been an upcoming actor known for menacing supporting parts in Children of Men and Cold Mountain. Since SOA ended, Hunnam has taken lead roles in mega-budget summer movies, including King Arthur: Legend of the Sword and Pacific Rim.

Which of these surprised you the most? Let us know in the comments!

What is SOA star Charlie Hunnam’s net worth? New movie in 2018

5 Minor characters of SOA who stole the show