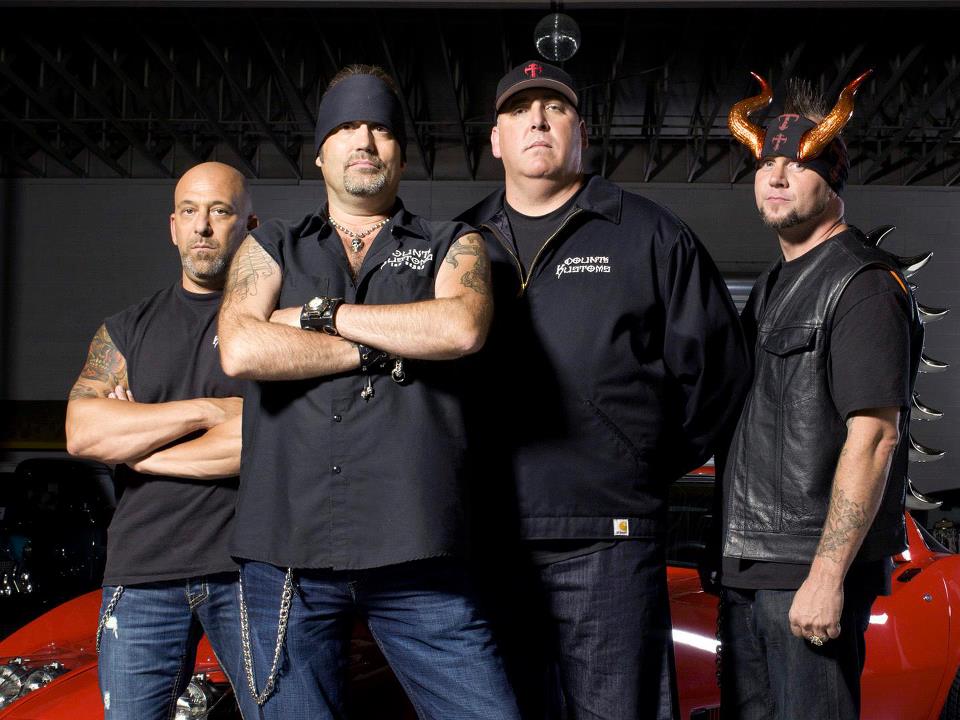 Nowadays, everywhere you look, you can find car shows. Moreover, almost every network has a type of car show which aims to entertain and educate viewers about the automotive world.

Like every other reality show, car shows entertain viewers with in-depth knowledge about automobiles, and some want to make a quick buck, simply distracting people with absolute nonsense. Today, we present to you five car shows we trust and five that have no idea what they are talking about.

Counting Cars started as a spin-off of the show Pawn Stars in August 2012. The show is filmed in Count’s Kustoms, the shop owned by Danny Koker, who appeared in Pawn Stars as a car expert before getting his show. The show focuses more on Danny and his crew than the restoration and customization process; if you want to learn about cars, this is not a show for you.

Chasing Classic Cars is an American reality show created by Jim Astrausky, where presenter, Wayne Carini, takes his viewers all over America in the course of finding classic and vintage cars. The show first aired on the Discovery channel in 2008, where the classic car expert Wayne of F40 motorsport gives his audience a real insider look at the most elite group of cars and collectors. Carini’s expertise in classic cars and the ability to flip them to make a sweet profit make the show special.

With the motto, It’s Mopar or No Car. Mark Worman started appearing in Graveyard Carz in 2012. While there is a legion of Mopar lovers, the show’s premise isn’t diverse enough, especially when there are shows like Fast N’ Loud, which feature all kinds of automobiles. Mark and crew go around the country searching for old and rusted American muscles to reshape them to their original form. Besides Mopars, Mark and his crew don’t seem to know about other cars.

What is Graveyard Carz Star Mark Worman’s Net Worth in 2018?

Fast N’ Loud is one of the best, if not “the best,” car restoration show on TV right now. The show, which debuted in 2012, has already aired 14 seasons. Furthermore, there is no sign of slowing down for Richard Rawlings, the owner of Gas Monkey Garage, where the show is filmed. Moreover, Richard takes viewers on a journey, from buying a car to its restoration to selling the car. Nevertheless, with occasional pranks and hilarious moments, this show has it all to become one of the best reality shows, not just a car show.

Pimp My Ride was an American television show hosted by rapper Xzibit and produced by MTV. Likewise, old and non-functioning cars were taken for remodeling and customization in each episode. But, the show wasn’t famous among the true gearheads because the customization mostly included adding stereos, TV screens and gaming systems. It seemed as though West Coast Customs didn’t exactly know how to enhance the car’s working abilities. As a result, the show only ran from 2004 to 2007.

The untold truth about Xhibit’s Pimp My Ride

Overhaulin’ is another automotive series whose premise looks slightly different than most car shows. The owners do not even know their cars are being fixed. Their family and friends would sneak the vehicles to the shop, where they would spend days being fixed and revealed days later – completely overhauled. Hosted by Chip Foose and Chris Jacobs and focusing on basic repairs, the show remains relatable to amateur mechanics.

Chip Foose’s net worth and bio: Facts about Overhaulin star

Desert Car Kings was one of Discovery’s unsuccessful projects. The McClure family hosted the show, who were trying to save American history by saving classic cars and restoring them to their original look. Furthermore, it was filmed in Desert Valley Auto Parts in Phoenix, Arizona. The show had very little maintenance and repairs, but the cost of production was high. That is why Discovery canceled the show after its first season.

Wheeler Dealers is a British television show aired on Discovery Channel for the UK and Velocity HD for the US. From season 1 to 13, the show was presented by Mike Brewer and the genius mechanic Edd China. China left the show and was replaced by Ant Anstead from season 14. The primary focus of the show is to save old and repairable vehicles and later sell them at a profitable price.

This show was about auto body shops spending their money on junk cars in the hope of restoring them for better profit. The show aired for just eight episodes in 2012 on the Discovery channel. Moreover, each episode consists of different auction days, and the finished product is shown only at the end. The makeover process was not revealed in the show, making it quite difficult for viewers to believe.

Top Gear aired from 1977 to 2001 and was revived in 2002 on BBC Two with the presenters, Jeremy Clarkson, Richard Hammond and James May. Furthermore, the in-depth review of cars and breathtaking stunts and challenges has made the show a fan favorite. Besides, the show is presented by Matt LeBlanc, Chris Harris and Rory Reid. Following the show’s success, an American version of the show was debuted in 2010.

Which other shows do you think should have made a list and why? Let us know in the comments.