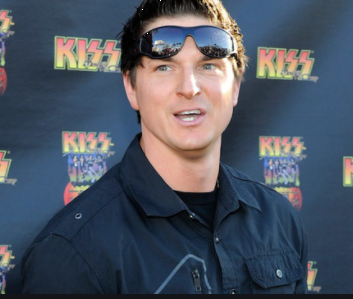 Zak Bagans born on April 5, 1977 is an American paranormal investigator, television personality, actor and author as for his major profession. At the present time his net worth has been stated to be around $1.5 million dollars. On addition to his profession, he is also the host of the Travel Channel series called Ghost Adventures.

Zachary Alexander Bagans was born on April 5, 1977, in Washington, D.C. for his education, he has graduated from Glenbard West High School in Glen Ellyn, Illinois, in 1995. Bagans has also attended the Motion Picture Institute in Michigan. Following graduation from MPI, he moved to Las Vegas, aspiring to film documentaries. After arriving in Las Vegas, he found work as a wedding disc jockey. A former skeptic, Bagans says that his passion for investigating the paranormal resulted from what he describes as “a face-to-face encounter with the spirit of a suicidal woman”, in his former apartment building in Trenton, Michigan.

In 2004, Bagans teamed up with Nick Groff and Aaron Goodwin to produce a documentary-style film called Ghost Adventures. Nearly four years after the first season and the first episode aired in the U.S., where the crew stayed the night in the allegedly haunted Bobby Mackey’s Music World and Bagans claimed to receive several mysterious scratch marks to his back, the series is now in its tenth season.

In 2011, Bagans hosted Paranormal Challenge, a concurrent spin-off program also on the Travel Channel, which also starred radio talk show host and paranormal personality Dave Schrader. In 2011, Zak Bagans narrated and hosted a Travel Channel special called “Ultimate Travel: Legends of the Park,” a show about America’s National Parks and how they are haunted. Bagans co-wrote a book with author Kelly Crigger titled Dark World: Into the Shadows with the Lead Investigator of the Ghost Adventures Crew (Victory Belt, 2011). On September 23, 2011, the book debuted on The New York Times Best Seller list at No. 18.

In 2012, Bagans appeared in two music collaborations with Lords of Acid on the song “Paranormal Energy” and on an album called “Necrofusion” with Praga Khan. Bagans produced Paranormal Paparazzi, a reality show that premiered on September 28, 2012, but starred entertainment pundit Aaron Sagers. In March 2014, Bagans announced a spin-off series titled Ghost Adventures Aftershocks, which premiered in April 2014.