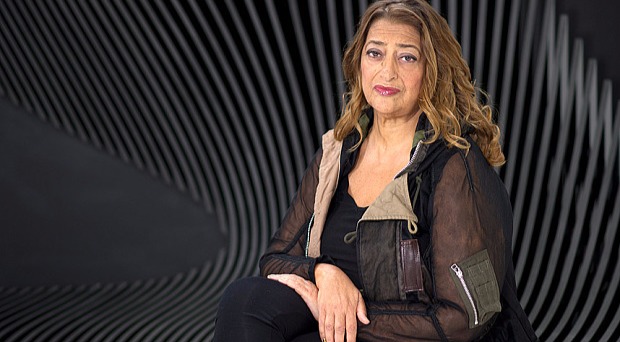 Zaha Hadid was one of the world’s highest-paid architects. Dame “Zaha” Mohammad Hadid was an Iraqi-British architect with a net worth of $215 million. Her architectural design firm, Zaha Hadid Architects, employs more than 350 peopleand is headquartered in Clerkenwell, London.

Zaha Hadid was born on 31 October 1950 in Baghdad, Iraq. She studied mathematics at theAmerican University of Beirut before enrolling at the Architectural Association School of Architecture in London.

At the beginning of her career, Zaha worked for her former professors, Rem Koolhaas and Elia Zenghelis, at the Office for Metropolitan Architecture, in Rotterdam, the Netherlands. In 1980, she established her own practice through her London-based apartment.

Some of her notable works include Mesner Mountain Museum Coroness in Kronplatz mountain, the Investcorp Building, St Antony’s College in Oxford, the Wangjing SOHO in Beijing, the Dongdaemun Design Plaza & Park in Seoul, the Napoli Afragola railway station in Napoli, the Heydar Aliyev Cultural Center in Baku and the Azerbaijan London Aquatics Centre in London, UK.

Zaha Hadid defied stereotypes to achieve her massive net worth

In an interview with the Forbes, Zaha talked about having to deal with gender and nationality based stereotypes. She said “People thought that because I was a woman, I would do ‘soft’ architecture. I didn’t let that have an impact on my work, but I also didn’t fit with the status quo”. In her words, it was essential that she “carried on” despite all the stereotype.

In addition, Zaha’s firm had to face pretty hard financial issues. She recalled “during the mid-’90s we went through some very difficult times when we had no money and felt very stigmatized.” She further added “I made a conscious decision at that time to carry on, and we made some stunning projects then”.

Dame Zaha Hadid taught at the Harvard Graduate School of Design, where she earned the Kenzo Tange Professorship and the Sullivan Chair at the University of Illinois at Chicago’s School of Architecture.

Zaha Hadid was awarded multiple titles for her architect insights

She was a professor at the University of Applied Arts Vienna in Austria. Her designs are praised for their “powerful, curving forms of elongated structures” with “multiple perspective points and fragmented geometry to evoke the chaos of modern life”.

Zaha Hadid was awarded the Pritzker Architecture Prize in 2004, first female architect to receive such honors. She received the Stirling Prize in 2010 and 2011, and the RIBA Gold Medal in 2015. The phenomenal architect suffered bronchitis and died on March 31, 2016.