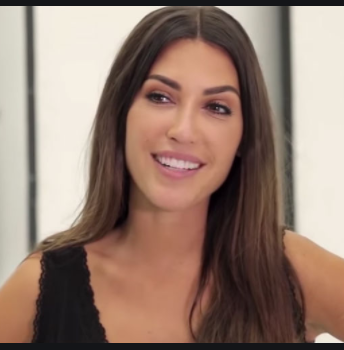 A well-known spectacular Spanish-Dutch actress and renowned television host, Cabau van Kasbergen professionally known as “Yolanthe Sneijder-Cabau” is best recognized for her phenomenal performance in the short movie titled ‘Turkse chick’. This mesmerizing lady opened her eyes first time on 19th March, 1985 in Ibiza, Spain. She holds a Spanish nationality. Yolanthe carries a mixed ethnicity of Dutch and Spanish as her parents, Richarda van kasbergen is from Ducth and father Xavier Cabau was Spanish. She has five siblings from her father, Xavier’s second marriage. Yolanthe was interested in acting since her early age. At the young age of 17, soon after completing high school education she made her mind to pursue career in acting.

Let’s talk about her acting career, it was in the year 2004 when she made her first movie appearance with appearing in the movie titled ‘Snowfever’ where she played the role of Brenda. After two years of that, she got her break through role as Dilara in the short movie titled ‘Turkse chick’. She was well impressive in the movie. That same year, she appeared in another movie ‘Complexx’. Her other noticeable movie performances came in ‘Het geheim van Mega Mindy’, ‘Pain & Gain’ and ‘STUK!’. The talented actress has also been successful to gain success from appearing in the various television series. In the year 2004, she initiated her career in the small screen with appearing in the television series ‘Villa Genetica’. Her much appreciable role came in 2005 when she appeared as Julia Branca in the television sitcom ‘Onderweg Naar Morgen’. She delivered some extra ordinary performance in the series for three years. In 2009, she made appearance in other television series ‘Voetbalvrouwen’ where she played the role of Kate Witte. Her other appreciable television role came in ‘Flikken Maastricht’, ‘Van God Los’, ‘Beyaz Show’, ‘Yolanthe’ and ‘Bluf’.

The extremely talented actress is a married woman. She tied knot in a marital relationship with the renowned football player, Wesley Sneijder on 17th July, 2010. The couple got married after the six days, Sneijder played final of ‘FIFA World Cup’. It has been five years of their marriage and the couple is still maintaining same love affection and relationship toward each other. Yolanthe is currently 20-24 weeks pregnant. She is going to deliver her first baby in October 2015. Prior getting into relationship with Wesley, she was in a relationship with Jan Smit with whom she spent two years. As far now, she is living luxurious married life with her husband, Wesley Sneijder.

This 30 years gorgeous actress has raised the heartbeat of many people with her mesmerizing and bold figure. She looks smoking hot when she exposes her sexy figure in bold bikini outfit and other short dresses. At the start of 2015, she carries an attractive body measurements size of 33-24-35 inches. She wears the bra cup size of 32B. This gracious lady stands with the height of 5 feet 6 inches. She looks fabulous in her every movie appearances. Yolanthe has maintained her libidinous figure in good shape with just having the weight size of 54 kg.

Through expressing some exceptional dialogues and showing some extra ordinary performance, this phenomenal actress has certainly made her name recognizable as one of the talented actresses of American movie world. She has gathered many fans following through her appearance in the various movies and television series. Yolanthe surely had earned considerable amount of net worth from her career which is still yet to get exposed in the media. More additional information about this talented lady can be obtained from the Wikipedia, through watching her interview videos and other internet sites. She can be followed on her facebook and her twitter account @YolantheCabau.