Yet to be married, husband-less Samantha Mathis dated a number of handsome hunks. What about her family? 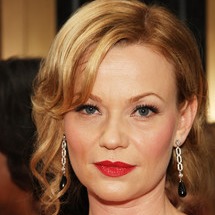 Samantha Mathis, a gorgeous American actress has dated a number of handsome hunks but she has not found the one with whom she would settle down. Let’s find out if she is really interested in having a husband or not.

Talking about Samantha’s dating history, she was first seen dating an actor, Noah Wyle. Her love story with Noah which started in 1995 lived for a short period until they separated in January 1996.

Samantha was next linked up with famous American musician and record producer Adam Duritz. Like her first relation, it also lasted for just a year from 2004 to 2005.

In January 2009, she started dating actor Colin Hanks. The love moments between them hardly lasted for 9 months as they broke up in August of the same year.

Samantha’s last noted boyfriend was late River Phoenix. The alleged boyfriend died at a young age of 23 on 31st October 1993. As reported Samantha was present with River the night he died of drug overdose. The duo had attended The Viper Room nightclub that night.

When Mathis was asked about the tragic incident of her boyfriend by the police, she stated that she was unaware of the fact that he uses drugs.

The death of a beloved one at such young age must have shattered Mathis. The impact of the incident is also visible from her relationship status. It has been over two decades since River passed away, and in all these years she has never been encountered with any guy. However, there still exists the possibility that she might be in a secret relationship.

Delightful actress Mathis is now 46 years old. Born as the daughter of famous actress Bibi Besch and father Donald Mathis, she has been through hard times even in her childhood days. Her parents separated when she was just 2, following which she was solely raised by her mother.

However, Samantha was never motivated by her mother to pursue a career as an actress. It was her personal decision made at the mere age of 12 to become an actress in future. As an actress, she has delivered exceptional performances through movies like Little Women, Broken Arrow, The Thing Called Love, etc.

Successful at her career, Samantha has an unpleasant love life experience. She had dated a few guys several years ago but after the death of her last noted boyfriend in 1993, she has completely stayed out of relationships. Guess it’s high time for Samantha Mathis to move on from the trauma.