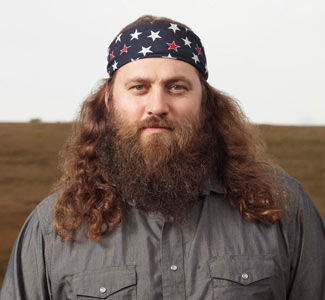 He is the CEO of Duck Commander, Inc. which sells duck calls and duck-hunting merchandise.

Along with his family, he appeared in the reality TV show Duck Dynasty.

Willie’s father Phil is also a duck hunter and the founder of the family business, Duck Commander.

He attended Harding University and graduated from Northeast Louisiana University.

His degree in business helped the family-run-business to grow into a multi-million dollar company.

The success from Duck Commander helped him create another company called Buck Commander under which deer hunting merchandise is being sold.

They also created a television show named ‘Buck Commander: Protected by Under Armour’ on Outdoor Channel.

Willie is of Christian faith and is a member of the Churches of the Christ.

He even made a cameo in a Christian film, God’s Not Dead, with his wife Korie Howard Robertson.

He married Korie on January 11, 1992, and shares six children with her.

They also have two adopted sons, Will and Rowdy, and a foster daughter, Rebecca.

Willie is an author of a NY Times bestselling book ‘The Duck Commander Family: How Faith, Family, and Ducks Built a Dynasty’ published in 2012.

He has also co-authored other several books with his family members like American Hunter, American Fisherman, etc.

In February 2014, he was honored with Governor’s Award for Entrepreneurial Excellence.