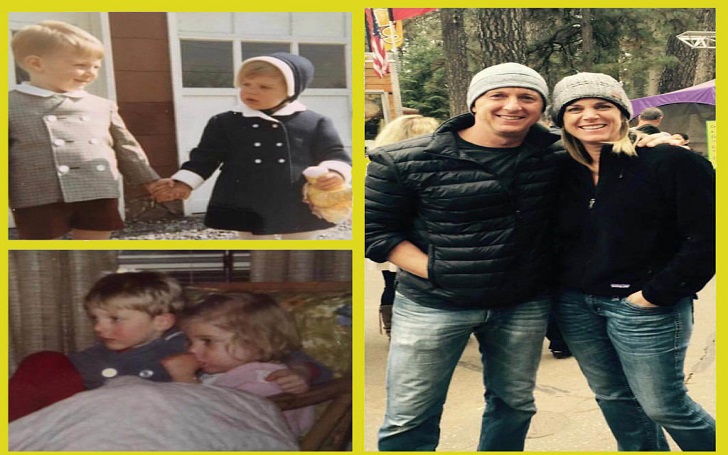 William Zabka is an American actor and producer. William became well-known for his roles in several iconic 1980s films. And more recently, Zabka also came to the headlines as the lead of his TV show.

William is also known for his portrayal of Johnny Lawrence in The Karate Kid and The Karate Kid Part II. And as we mentioned earlier, Zabka currently stars as the lead of the Karate Kid spinoff television series Cobra Kai.

Who is William Zabka? Learn more about Age, Family, and Education

William Zabka was born on 20th October 1965, in New York City, New York. His birth name is William Michael Zabka. Likewise, he is an American Nationality and comes from white ancestry.

On the other hand, he is the son of his father, Stan Zabka, a director, writer, and composer. Likewise, his mother is Nancy Zabka, a business liaison, producer, and production assistant.

William graduated from EI Camino Real Charter High School in Los Angeles. And during his childhood, his friends and family nicknamed the actor Billy. And later, he joined California State University, Northridge, and studied to major in filmmaking.

How much is the Net Worth of William Zabka?

The very talented actor and producer William holds an approximate net worth of $3 million. His primary source of income comes from his career as an actor, director, and producer.

Furthermore, The Karate Kid spinoff Cobra Kai already had a great four seasons. And on September 9th, 2022, Zabka returns with season five of the said spinoff.

William Zabka had been dating a girl for a year, and her name was Stacie Zabka. The couple tied the knot in 2008. Moreover, Stacie and William married in an intimate setting.

The couple was blessed with two children. And the married duo, William and Stacie, keep their kids away from the limelight. As a result, the names of Zabka’s children remain hidden from the world.

Stacie is an American businesswoman who was born in 1974. Her professional career has always been a mystery. She rose to fame after marrying William.

William has established a successful career as an actor and producer. He came to the spotlight with his debut movie ‘The Karate Kid’ in which he portrayed the character of Johnny Lawrence in the 1984 hit movie.

Zabka appeared in the sequel, ‘The Karate Kid Part II,’ which was also a hit in 1986. Likewise, he has appeared in other big Hollywood movies, including ‘Back To School,’ ‘Python,’ etc.

He mainly acted in independent films during the 1990s and 2000s while studying to be a filmmaker. Meanwhile, In 2003, he wrote and produced the short film Most.

After that, In 2007, William Zabka had a deal with the band No More Kings. He directed and starred in their music video, entitled Sweep the Leg. After that, in 2017, William would retain his role as Johnny Lawrence in a Karate Kid series entitled Cobra Kai.

Is William on Social Media?

The American actor & producer is active on social media platforms. A vast number of fans follow him. Moreover, he gained 2.2 million followers on his Instagram account.

Similarly, she holds 207.4k followers on her Twitter accounts. We hope you enjoyed the article, and be sure to check out E-Celebrity Facts. for more celebrity news.