Why Ceren Alkac and husband Jason Lee heading towards divorce? Her net worth is going to get affected? 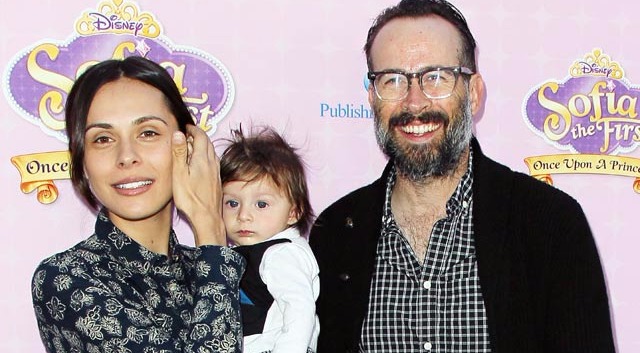 Ceren Alkac and her husband Jason Lee are heading to the end of their 8 years of marriage. Reportedly, Lee’s association with Scientology Church has become the prime cause of their divorce. People are curious to know how the divorce will affect their net worth.

Ceren is married to Jason since 2008. Reports say that Lee’s association with Scientology church fueled up the conflicts between the couple that finally led to their decision to break a relationship.

The fashion model & actress met her future husband at a concert in England. Smitten by each other, they got hitched and married shortly thereafter in a private ceremony in 2008 in California. Not so longer after a blissful celebration of their wedding, they rejoiced the birth of their first baby, a daughter named Casper followed by a son Sonny in 2012.

However, the happy and perfect family has broken. The couple is no longer together enjoying each other’s company. Ceren has accused none other than Scientology church & its officials for ruining her happily married life.

It’s an inflexible rule of Scientology that if any of the members of the church is asked to talk about the details of their sexual life then he/she should, no matter what. In the case of denial, the consequences are heavy.

The actress talked about the nasty secret behind the heartbreaking separation and said that Scientology broke her heart more badly than her husband did. According to the couple’s close rep, there’s nothing more than the crazy rules & orders of the church in between their love and peace.

Ceren revealed that she feared for her children beyond the nasty rules of the church. That’s the reason, why she eventually decided to part ways with her love life & church.

Originally from Australia, she is an actress and a fashion model by profession while Jason Lee is an American actor, television producer, comedian & TV producer best known for portraying a role of Earl Hickey in comedy TV sitcom My Name is Earl, who has accumulated a net worth of $18 million throughout his career.

However, not been in the major arena of her profession, Ceren’s income and total fortune haven’t been revealed. Nevertheless, the divorce will surely affect their wealth. Let’s wait and see what will happen when their divorce is finalized.

Failing to cope with the nasty rules of Scientology Church, Ceren Alkac has decided to part ways with Jason Lee, her husband of 8 years.