Skip to content
Home » Image » Where is Charles Krauthammer?

Where is Charles Krauthammer? 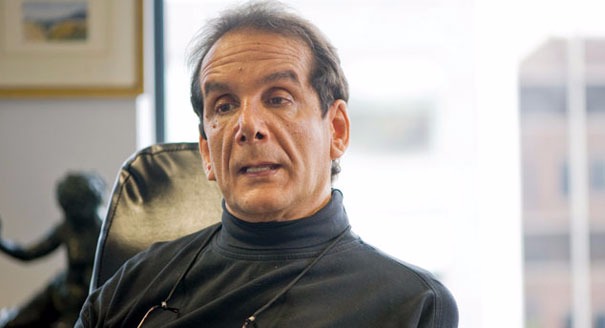 Charles Krauthammer is presently recovering from a surgery and hasn’t made any appearances since August of 2017.

The last we heard from him was when he slammed Donald Trump’s controversial response to Charlottesville violence as a “moral disgrace.”

The renowned columnist has been paralyzed since meeting with a diving accident during his college days.

On October 6, Baier revealed on air on Special Report that Krauthammer is eager to return to the panel and will be back on air in a few weeks.

We wish him all the best!

UPDATE: Charles Krauthammer has moved to an advanced rehab facility