Skip to content
Home » Entertainment » What happened to Pink? Why has she canceled her Sydney concert?

What happened to Pink? Why has she canceled her Sydney concert? 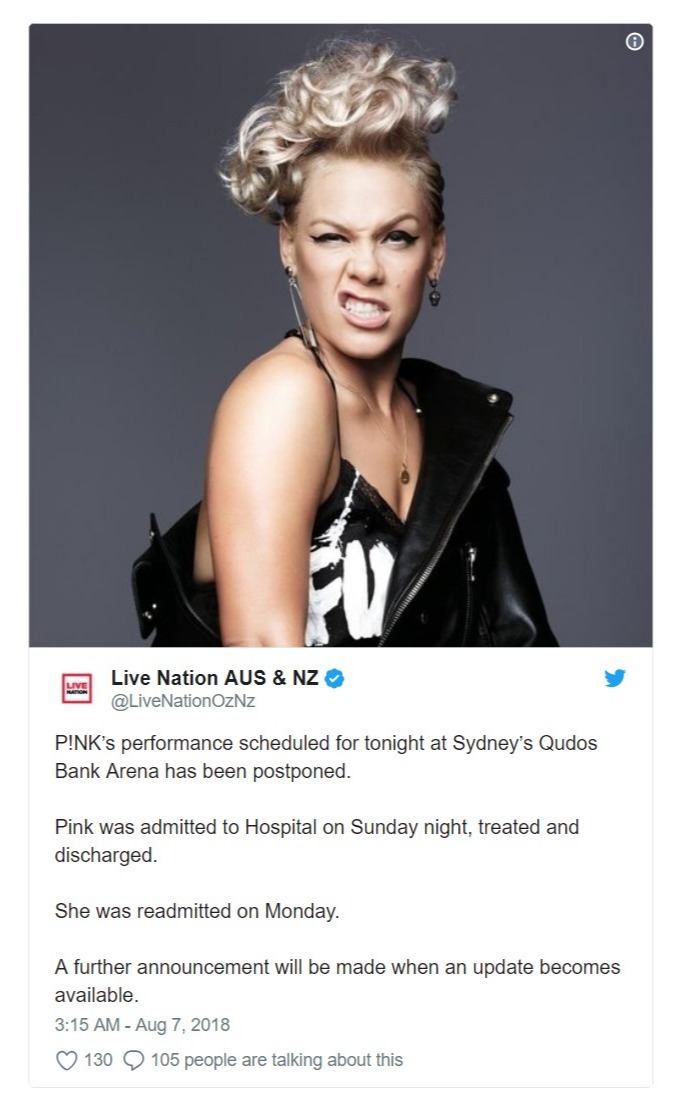 The pop star, Pink, postponed Monday night’s Sydney concert amid health issues. The American singer canceled the show just a few hours before she was set to step onto the stage at Qudos Bank Arena.

Just Give Me A Reason hitmaker was taken to a hospital after falling ill and is now being treated for the gastric virus. She was taken to St Vincent’s Hospital on Sunday night after she suffered from dehydration and was discharged after treatment.

However, after she fell unwell again on Monday afternoon, she returned to the hospital and remained overnight for treatment. She has been suffering from several health issues during her current Australian tour. She rescheduled her performance at Qudos Bank Arena on medical advice.

Last week, she was forced to postpone her first show on the Beautiful Trauma World Tour in Sydney. The superstar’s promoter, Live Nation, announced on Twitter about her health issues. According to Ticketek, all other performances on the Australian leg of the tour will go as planned.

While many fans wished her well, some were disappointed by the show’s cancellation. She is due to perform in Sydney on August 9, 11, 12, 25 and 26 and has seven shows in Brisbane between August 14 and 23, followed by her Melbourne shows on 28 and 29.