Skip to content
Home » News » What happened to Larry Hernandez? Was the accident too serious?

What happened to Larry Hernandez? Was the accident too serious? 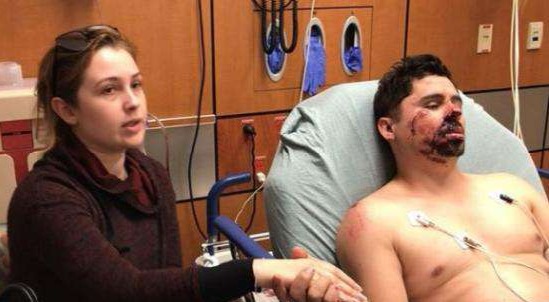 What happened to Larry Hernandez?

Larry Hernandez’s 2017 didn’t end in a good note, the singer broke his teeth along with some serious injuries as a result of his bicycle accident. Larry was live on Facebook when he stumbled off his ride. However, he was not carrying the camera, the camera was fitted in his body as he filmed his ride for his followers.

Fantasia visiting her brother in the hospital

Hernandez got thrashed into the sidewalk directly landing on the cemented surface. The accident didn’t have any second party, it was Larry himself who could not control the unbalanced situation. His video shows the panicked spectators calling 911 for help and shouting at Larry to not to move.

He took to his social media to inform his worried fans about the health condition. Thanking his followers for taking time and wondering about his well being. Larry had to undergo surgeries as the cuts were not only in the surface level.

Larry’s broken teeth, cuts all over his cheek and swollen lips was a dreadful scenario to acknowledge. He had undergone surgeries for a full recovery. As the saying goes All’s well that ends well, Larry was home by New Year. Let’s assume he left the bad in 2017 for the goods that 2018 shall bring. We wish for Larry’s good health.