What happened to iDubbbz’s YouTube channel? Why did iDubbbz get terminated?

Controversies are not new for iDubbbz (real name Ian Kane Washburn). His “Content Cop” videos are popular for calling out fellow YouTubers for their behavior, which ensue drama among the community fans.

So, it wasn’t a big surprise for many when they found out that iDubbbz’s channel had been terminated by YouTube.

Does RiceGum have a girlfriend? More on his beef with Travis Barker

iDubbbz’s channel was restored by YouTube eventually but the YouTuber had some things to get off his chest. He took to Twitter to vent his frustration at the termination. On November 25, 2017, he wrote “it sounds like you aren’t giving these channels any warning about the new guidelines. sad.” 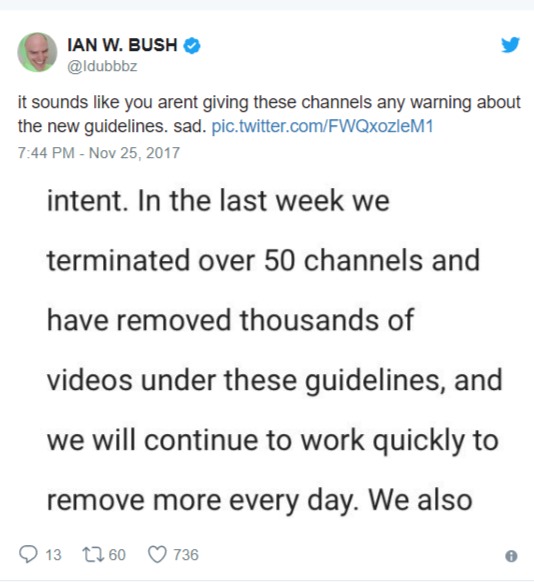 However, it doesn’t look like his channel was terminated because of violations of community guidelines.

He wasn’t the only one to be affected. Late night talk show host Conan O’Brien also got his YouTube channel, Team Coco, terminated. Drama Alert and MrRepzion were also terminated, however, all three of them have been restored.