What Happened to Bret “Hitman” Hart? How’s He Doing Now? 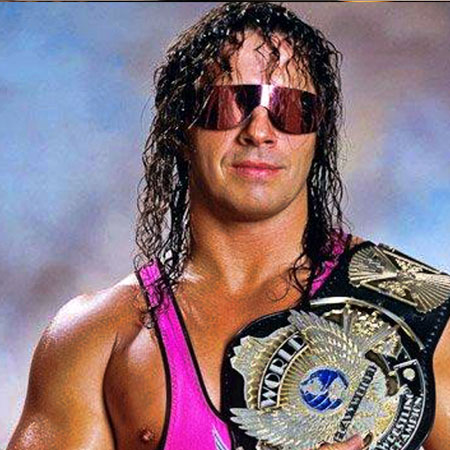 Bret ‘Hitman’ Hart is the eighth of Stu and Helen Hart’s twelve children. He along with most of his siblings have carried on the family tradition.

He joined the World Wrestling Federation in 1984 and made his TV debut on August 29 in a tag team match with Dynamite Kid.

He won the World Heavyweight Championship when he still was the Intercontinental Champion making him the undisputed champion.

His brother Owen also followed in his father footsteps and soon made his mark in the wrestling universe.

But tragedy struck when Owen fell chest first from the height of 78 feet when attempting his Blue Blazer stunt.

Owen Hart died on May 23, 1999, due to internal bleeding from blunt force trauma.

Bret kissed his wrestling career goodbye after WCW terminated his contract via FedEx letter on October 20, 2000 because of his injury.

In 2002, he suffered a stroke after landing on the back side of his head when he hit a pothole and flew over his bike’s handlebars.

On February 1, 2016, news of him being diagnosed with prostate cancer came to light when he announced it through a Facebook post.

Jim Ross, the professional wrestling commentator, revealed that Bret won his battle against cancer after a successful surgery on March 2, 2016.

The Hitman later confirmed the news via Facebook but said he would continue to be monitored every three months by his doctors.

As of now, he is raising funds and awareness for men’s health since his brother Smith’s death due to prostate cancer.