Skip to content
Home » Entertainment » How much is Ty Pennington worth? Know his earnings from Extreme Makeover: Home Edition

How much is Ty Pennington worth? Know his earnings from Extreme Makeover: Home Edition 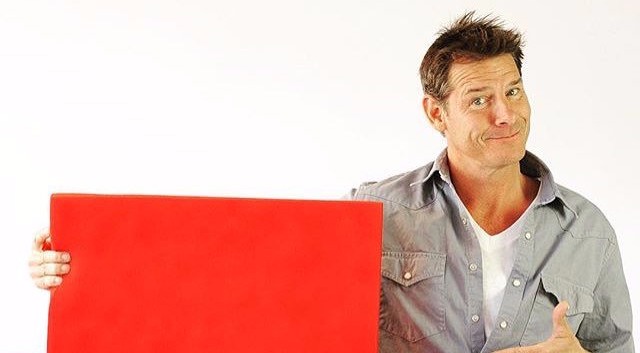 Ty Pennington has a total net worth of $10 million but we are more interested in how he achieved that status. He accumulated most of his net worth from his hit show Extreme Makeover: Home Edition for which he was paid $75,000 per episode.

From a carpenter to a talk show host, Pennington has done it all. Born on October 19, 1964, Pennington is the second child to mother Yvonne Burton. His father left him and his brother Wynn at a tender age with their mother having to care for them alone.

Yvonne later remarried and the boys adopted the surname Pennington from their stepfather. From a young age Pennington was interested in woodworking and at the age of 12, he built a three-storied tree house with his friends.

Ty Pennington graduated his high school from Sprayberry High School in Marietta, Georgia. During his time there he was diagnosed with ADHD and since then has been an advocate for the treatment of the disease. After graduating he joined Kennesaw State College to study art and history but he realized his passion for design and transferred to the Art Institute of Atlanta.

He acquired a diploma in commercial art from the institute and also studied art and sculpture for a short time at the Atlanta College of Art. Affording college was tough so he worked as a carpenter to support his studies.

He reached his final semester and with it came a modeling contract and soon started his career in that field. He worked for big brands like Levi’s and Diet Coke among others which took him around the world to countries like Japan, Thailand, Italy, Germany and Canada.

In 1995, Pennington became a set production assistant for Leaving Las Vegas and helped to construct the movie set. He was skilled in woodwork and around that time he remodeled an old factory that he bought into a loft with his brother.

He saw a job vacancy at the TLC reality show Trading Spaces for a carpenter and he auditioned for the role. Trading Spaces was a TV reality show in America where two neighboring families had to redecorate one room in each other’s home in three days with a limited budget of $1000.

Pennington’s reputation rose; with his unorthodox humor and creative designs, he quickly became a fan favorite which led the way for his own show.

In 2003, Pennington got his own TV show on ABC called Extreme Makeover: Home Edition. He along with 7 teammates renovated the homes of the less fortunate people with a deadline of seven days for the show. The series is considered as a spin-off of the series Extreme Makeover which provided a complete facial makeover to the participants.

The home edition of the series was supposed to be a 13 part special but its popularity beat the original series which stopped production after its second season and was developed into a full running show in 2004. The show got an average viewer rate of 10.6 million per episode and Pennington was becoming a famous public figure.

The show ran for 9 seasons till 2011 and Pennington along with his team had rebuilt more than 200 homes during their time there. He has won a total of two Emmy Awards and two People’s Choice Awards. Extreme Makeover sponsor Sears signed a deal with Pennington after he became famous and sold his furniture designs.

Even after the show ended Pennington has kept his hands full by working on other shows like The Revolution in 2012 and On the Menu in 2014. Besides this, he has also published the book Ty’s Tricks: Home Repair Secrets plus Cheap and Easy Projects to Transform Any Room, a guide for home improvement in 2003 and in 2007 released the first issue of his quarterly magazine Ty Pennington at Home.